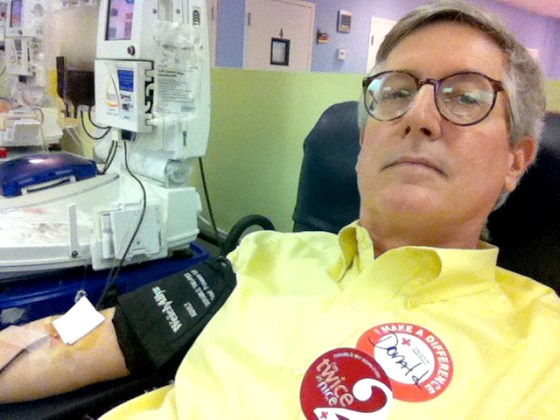 Do not try this at home, boys and girls — even if you are one of the Twitterati!

Late yesterday afternoon, I Tweeted out the above picture with this message:

I’m giving blood at the Red Cross with my right, and Tweeting with my left!

Once again, I was giving double red cells, on account of this region needing it so badly. I can’t do it again until 16 weeks from now. But you can fill the need in the meantime.

But again, don’t try it at home. Go down to the Red Cross office on Bull Street (or attend one of the Red Cross blood drives). Click here for info on how to give.

18 thoughts on “Again, I give my very lifeblood (some of it, anyway) for the cause”