This just came in over the transom a few minutes ago:

Columbia, SC March 28, 2012 – Former Columbia City Councilman, Kirkman Finlay III, announces today that he will file to run for the South Carolina House of Representatives, to represent Richland County in District 75.  The seat is being vacated by Republican Representative James Harrison, who announced earlier this month that he will not seek re-election in November. 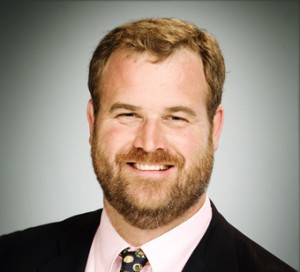 The 42 year old, a lifelong Columbia resident is married to Kathleen Finlay and is the father of three daughters:  Kay (12) Mary Fleming (9) and Hattie (8).  Finlay is the owner of local businesses, Pawleys Front Porch, Doc’s BBQ and the Millstone at Adams Pond.  He also operates a 6,000 acre soybean, corn and wheat farm.  Finlay has served as a board member of thePalmetto Health Foundation, Central Carolina Community Foundation, Ducks Unlimited, Heathwood Hall Episcopal School, and the Boy Scouts of America.

“Economic Development, job creation and educational accountability will be the focus of my campaign.  I want to create a strong South Carolina that brings opportunity to everyone”, said Finlay.

As part of his campaign, Mr. Finlay wants to be accessible and responsive to the voters, and invites them to contact him by e-mail, phone, or Facebook page.

Mr. Finlay has already garnered the support of local business people and Columbia residents:  “Kirkman has a proven track record as a fiscally-responsible leader and has provided responsive representation to his constituents in the City ofColumbia.  He will offer a common sense approach to the state budget process, which our current leadership at the State House is sorely lacking” said Joe E. Taylor, Jr., a Finlay supporter and former Secretary of the South Carolina Department of Commerce.

“Kirkman is above-board in his business dealings, and I know that he will carry that ethic to the State House in his representation of Richland County” said Jimmy Stevenson, a Finlay supporter and long-time business associate.

Mr. Finlay is running as a Republican candidate.

Anyone wishing to support the campaign should e-mail:  kirkmanfinlay@gmail.com