On a previous post, we got into a discussion of the importance of character in political candidates. (I have come over time to believe that it is paramount, to the point of paying far less attention to policy proposals by comparison. And of course, as you know, I am positively inimical to ideologies.)

We had a good discussion, and achieved some degree of synthesis. Along the way to that, Phillip happened to mention the fact that many in politics use military service or the lack thereof as a shorthand marker for character. This is certainly true. But as we discussed the relationship of such service to character, I went on a tangent… and decided it would be worth a separate post, as follows…

I believe that our politics started becoming dysfunctional, in the ways that I decry (hyperpartisanship, adamant refusal to listen to, much less work with, the “other side”), when we ended the draft.

Before that, you didn’t find many men (most officeholders today are men, and it was more true then) who had not spent at least a portion of their youth in the military. That certainly exposed them to having to work with all sorts of people from different backgrounds (as Phillip noted here), but it did something else: it forged them into something larger than those differences.

The WWII generation in particular may have had its political differences, but those guys understood that as a country, we all share interests. They may have been (in fact, were) liberals or conservatives or Northerners or Southerners or what have you, but they understood that they were Americans first. For those who served after the war, when the military was on the cutting edge of integration, it helped give black and white a sense of shared identity as well. (Indeed the shared experience of the war, even though it was in segregated units, helped lay the groundwork for the next generation’s gains toward social justice.)

As the first wave of young men who had NOT served (starting with those who were of an age to have served, but had not, such as Bill Clinton and Newt Gingrich) arrived in the top echelons of political power in the country, they brought with them a phenomenon that we hadn’t seen among their elders… a tendency to see fellow Americans who disagreed with them politically as the OTHER, even as “the enemy,” and a practically dehumanized enemy — one that must be opposed at all costs.

That said, Bill Clinton does deserve credit for rising above that new partisanship in many cases (welfare reform, deficit reduction) in order to accomplish things. And Newt Gingrich often worked with him to accomplish such goals.

But below them, among the young guys coming up in politics — the ones hustling around statehouses and working in campaigns — there was a generation rising that really could not think of the OTHER SIDE as someone to be communicated with, much less worked with.

I really believe that if those young guys had had the experience of being thrown together, outside of their communities, their cliques and their comfort zones, their heads shaved and put into uniforms, and required to work together in a disciplined manner toward common goals — THEY would be different, and consequently our politics would be different.

Mind you, I’m not saying we should reinstitute the draft in order to make our politics more civil (although there may be other reasons to have one). But I am saying that I believe today’s extreme polarization is in part an unintended function of that development in our history.

Maybe you consider the end of the draft to have been a good thing. What I’m asking you to do is consider that even good things can have unintended ill effects. The opposite is true as well. Y’all know how deeply opposed I am to abortion on demand. But it seems reasonable that it would have the effect claimed in Freakonomics of reducing crime over time (by instituting a sort of pre-emptive capital punishment of unwanted children, who are more likely than the wanted to become criminals). Just as it has had the undesirable effect in parts of Asia of drastically reducing the number of females in society.

Good actions have good and bad consequences; so do bad ones. It’s a complicated world. 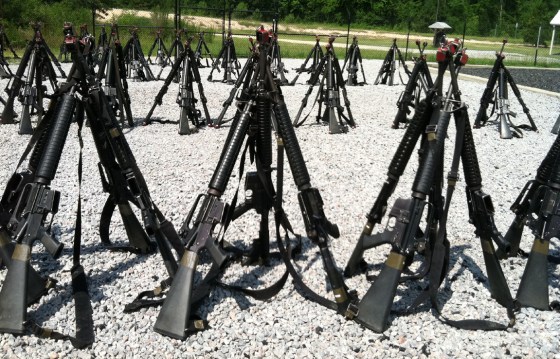