For perhaps the first time ever, Bill Maher has said a thing or two I sorta kinda agree with, in his “Please Stop Apologizing” piece in The New York Times. (OK, actually, he’s probably said lots of stuff I agree with — were it written out, or said by someone else. But the way he says it almost always repels me. The guy has been really off-putting to me ever since I first saw “Politically Incorrect.” It’s something about his habitual facial expression, which screams “Obnoxious!”)

We are achieving this rare alignment because I, too, believe it absurd that anyone was offended by what Robert De Niro said about first ladies. Specifically:

Callista Gingrich. Karen Santorum. Ann Romney. Now do you really think our country is ready for a white first lady?

Apparently, when he delivered this line in the presence of Michelle Obama, everybody laughed. I probably would have laughed too. And yet we have the absurdity of Mrs. Obama’s press secretary calling the joke “inappropriate.”

There was nothing inappropriate about it. It was a perfectly conventional joke, taking an easily understood cliche — in this case, a line you might have heard four years ago, asking whether the country was ready for a black first lady — and doing an unexpected twist on it. It wasn’t the world’s funniest joke, but it was not offensive.

But absurdly, Newt Gingrich declared the joke “inexcusable,” and demanded that… get this… President Obama apologize for it. That reminds me of a pretty funny joke some conservatives made during the last administration. Mocking BDS sufferers, they would say “I blame Bush” about things that plainly had nothing to do with the president, such as the weather.

I hadn’t realized that Newt — from whom we haven’t heard for some time — was that desperate to attract attention. Well, no one — including the too-ready-to-apologize press secretary — should have given him any. 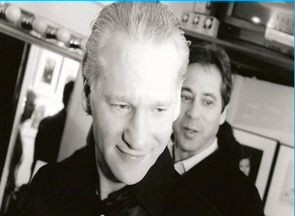 For his part, Mr. Maher argues that we should assert our freedom to offend each other without anyone going ballistic over it: “I don’t want to live in a country where no one ever says anything that offends anyone,” he writes. “That’s why we have Canada.”

Funny. And if that bothers the Canadians, tough.

However… I won’t go quite as far as he does. I’m not defending any right to be offensive here. As you know, I believe we could use a lot more civility in public life, which is why I so often disagree with Mr. Maher.

All I’m doing is pointing out what should be obvious: That what De Niro said was NOT offensive.

34 thoughts on “Newt must be suffering from lack of attention, getting all huffy over De Niro’s joke”