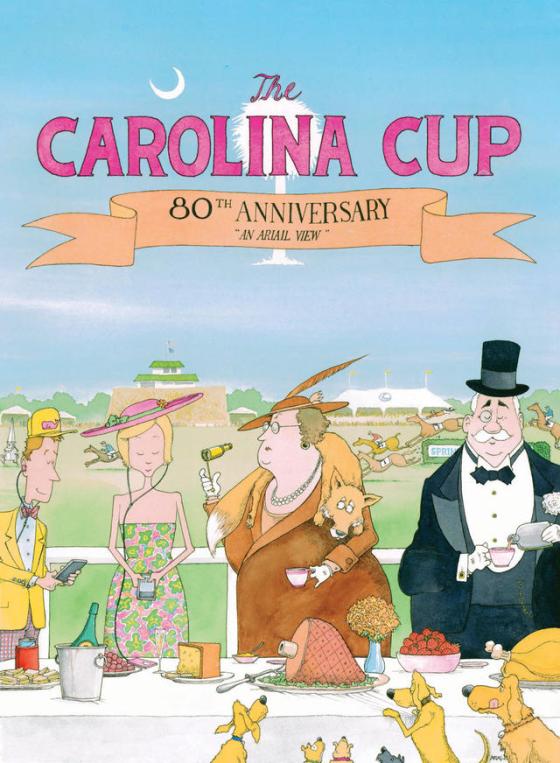 Robert Ariail has done a poster for the upcoming Carolina Cup, and prints are for sale:

The good folks at Camden’s National Steeplechase Museum commissioned me to create a cartoon poster commemorating The Carolina Cup’s 80th anniversary. This is what I came up with: a New Yorkeresque cartoon contrasting the race goers’ styles from the 1930s to today. They have printed only 80 copies which I have signed. The price is $50.
Anyone interested should Google Carolina Cup and you can order a poster online.
The posters are large- 18 x 24 inches.
Hurry, before they’re all gone
The original watercolor and ink cartoon is also for sale. Contact me atrobert@robertariail.com for more information.

Whether you’re in the market or not, I thought y’all would enjoy seeing it.