Today I pulled from my bookshelf a volume of William Butler Yeats, which I’ve had since college. Someone had recently mentioned the source of the phrase “no country for old men,” and I wanted to look it up.

Eventually, as I browsed, my eyes fell on this:

Things fall apart; the centre cannot hold;
Mere anarchy is loosed upon the world,
The blood-dimmed tide is loosed, and everywhere
The ceremony of innocence is drowned;
The best lack all conviction, while the worst
Are full of passionate intensity. 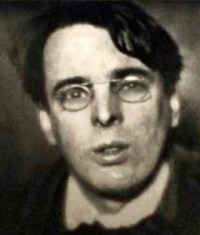 Which is a pretty good evocation of what it feels like to be an UnPartisan these days.

And it took me back to what I read in the paper this morning, a story about how SC Republicans (who “are full of passionate intensity”) are reconciling themselves to the man who had turned out to be their best — the one who is widely known  to “lack all conviction.”

I was dismayed throughout the piece. First, there was this quote from Tom Davis — someone I’ve always seen, in person, as a reasonable man, but who continually takes unreasonable positions:

Davis, who backed U.S. Rep. Ron Paul for president in the state’s January GOP primary, now has some good things to say about Romney. But his words sound as much like a warning as an endorsement.

“If he frames the debate between President Obama’s agenda of an ever-growing and more powerful government versus faith in free markets and individual liberty, I think he’s got a good chance of winning,” said Davis, a lawyer in Beaufort. “If he doesn’t draw the line that sharply and tries to tack toward the center, then I think it will be very difficult.”

In other words, my friend Tom is saying that if Romney does anything to make himself more appealing to nonpartisans like me, then people like Tom won’t support him.

This is distressing. It’s distressing that Tom actually seems to believe that the president’s agenda, rather than being the good of the country, is “an ever-growing and more powerful government,” and that he actually doesn’t believe in “individual liberty.” The first is mere hyperbole; the second completely delegitimizes the president, for what American doesn’t believe in liberty?

But this is mild stuff. Tom is the very soul of moderation compared to GOP Chair Chad Connelly:

“He’s a better candidate than he was a year ago. He’s able to articulate all the reasons we need to make sure Obama is just the worst one-term president ever.”…

“When Gov. Romney is the eventual nominee, (those voters) will excited because they’re so disgusted at what Obama has done, trashing the Constitution and pushing Obamacare down our throats,” Connelly predicted.

What?!? “Worst… president ever?” “Disgusted?” “Trashing the Constitution?” “Pushing Obamacare [legislation shaped and legally passed by the Congress) down our throats?”

You would think the leader of our country were Caligula. There has never been a president of the United States who deserved that sort of language, although we’ve had some sorry ones. Yes, I know Chad is the head of a party, but still — I’ve sat and talked pleasantly with him. He’s not a raving lunatic. Yet he speaks as though he’s lost all sense of proportion. This is the way people in the mainstream of the major parties speak these days.

To end on a positive note, I was struck by the language used by Tea Party Freshman Congressman Jeff Duncan:

“Gov. Romney’s policies would be a clear departure from the dubious tactics of the Obama administration,” said Duncan, who hasn’t endorsed Romney or any other Republican candidate.

“I’m confident that Gov. Romney can win over the American people on the promise of limited government, defending individual liberties and a return to common-sense solutions to our country’s biggest problems,” Duncan said.

See, now? That’s the way civilized men speak of others with whom they disagree. “Dubious tactics.” That says one disagrees with the man’s ideas (while at the same time, admitting that the other man could be right, since you are merely calling his approach “dubious”), but one’s sense of proportion is still intact.

Sad, isn’t it, that such rational speech stands out so starkly these days?

25 thoughts on “‘… the centre cannot hold… while the worst are full of passionate intensity.’”