The video above contains most of what Lindsey Graham had to say yesterday at the press conference at which he, Joe Wilson, Steve Benjamin, Bobby Harrell and Rich Eckstrom all decried the looming “sequestration” of the defense budget.

I didn’t get the video up and running at the start of Graham’s remarks, so here are some excerpts from what he said before that:

After that, it’s pretty much all on the video. Sorry about the crudity of the clip — I was unable to edit it because I shot it on my iPhone, and don’t have software for editing that on my PC.

Bottom line, the message was that the nation shouldn’t dramatically weaken our defense just because members of Congress couldn’t do their job. Half of the $1.2 trillion in automatic cuts, resulting from the failure of last year’s supercommittee (which was a mere microcosm of the overall failure of Congress), are set to come from the Defense budget — $600 billion. And they would not be targeted — no eliminating $300 hammers and preserving pay for soldiers. “These are blind, across-the-board cuts.”

He kept hitting the point that one part of the government that’s doing its job — the military — shouldn’t get eviscerated because Congress isn’t doing its job at all.

Perhaps fitting given the setting and the presence of Mayor Benjamin, Graham’s tone was decidedly nonpartisan. For instance, he challenged Mitt Romney to put forward a plan for achieving the cuts without hollowing out the military.

I’ve got video of the other speakers as well, and can provide on request. But they said much the same things he said. His presentation was just more complete.

That would be Wesley Donehue. If you’ll recall, Wesley got himself in hot water with Nikki Haley back in 2010. Now he’s going after Joan?

He and “Pub Politics” cohort Phil Bailey just keep on getting themselves in trouble. Yes, life can get confusing when you work for them on the one hand, and play the political pundit on the other.

Or do they — get into trouble, I mean? Does Joan Brady have problems within her party, problems that make it OK for a Republican operative to say things like this? She has called attention to herself on the Haley ethics thing, and you can find Republicans at every point along the spectrum of possible opinions about that…

Dick, of course, is trying to embarrass Joan on Beth Bernstein‘s behalf. That’s going to be a general election contest to watch. 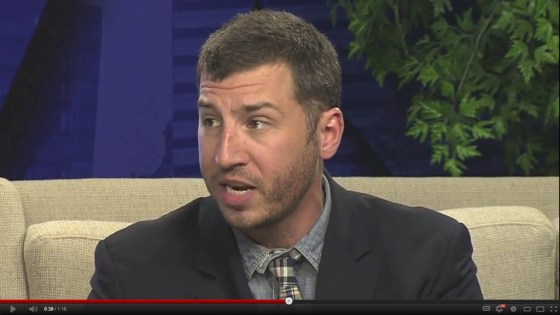 Thought I’d share this with y’all since it got reTweeted about eight times after I posted it yesterday:

“Hatfields & McCoys”? If I wanted to watch a bunch of cranky white people who can’t be reasoned with, I’d go to a Tea Party meeting…

I wasn’t just trying to be funny. When I had considered whether I wanted to watch that, that really was the first thought that came to me.

Did y’all see this story yesterday?

Republican presidential nominee Mitt Romney may not yet know who will be his vice presidential pick, but S.C. Gov. Nikki Haley has some ideas for him.

“There are amazing candidates for VP and (I) believe whoever Gov. Romney chooses will be part of a dream team. My preference would be Bobby Jindal or Condi Rice,” Haley wrote Wednesday when asked her vice presidential favorites during a Facebook chat with South Carolinians.

I didn’t know Nikki was the subliminal-message type. I thought she was more direct than that.

It’s like she’s swinging a pocket watch in front of him, and saying Miiiiiitt… Miiiiitt… You’re getting sleepy… What do you want in a running mate?… You want an Indian-American… like Bobby Jindal… and you want a female minority… like Condi Rice… oh, nooooo… you can only pick onnnnne… how are you going to get everything you want in one personnnnnn?…