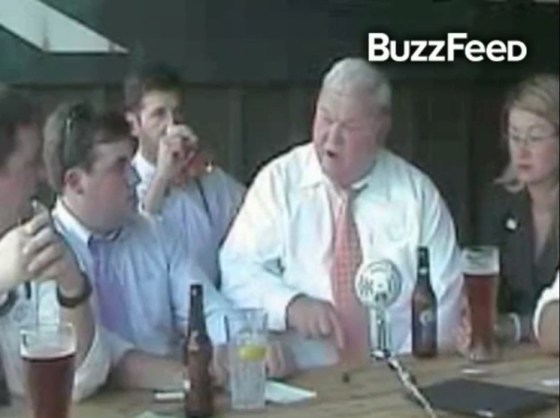 Overnight, I got this email that says it’s from Jake Knotts (I didn’t know the email address):

STATEMENT BY SENATOR JAKE KNOTTS WITH REFERENCE TO: Release of leaked video tape

When this story first appeared two years ago, I was embarrassed.  I’m embarrassed again now.
It was a very poor attempt at satire in an interview given inside a pub.  But it wasn’t funny.  It was offensive.  And I very much regret my remarks.
Once again I offer my sincere apology to the Governor and her family.
I only hope people will realize this two year-old interview is being leaked by campaign operatives who hope to hurt me politically.  But that’s no excuse for my behavior.  Heated political rhetoric is not the answer.  I can only say again that I’m sorry.
This experience has made me a better public servant.  I’m not going to let attacks and leaks by opponents distract me.  My focus is on creating jobs and helping the people I represent build a brighter future for their families.

This is in reference to a clip showing his “ragheads” remark from Pub Politics, which has surfaced as an “exclusive” (which means no embed code, which is just plain stingy) on BuzzFeed.

Tell you one thing — whenever Jake’s up for re-election, things are never boring.

22 thoughts on “An apology from Jake Knotts (apparently)”