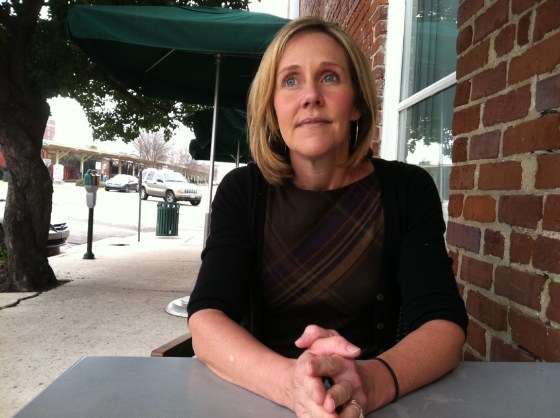 Yes, the endorsement of Ronnie Cromer today in The State discussed him and the other two people challenging him as well, but I take interest in what was said about Kara Gormley Meador in particular because I’ve written about her here.

Here’s what the editors said:

Kara Gormley Meador promises to shake up the status quo without the anger that often accompanies such pledges. Yet despite the fact that our state has some of the lowest taxes in the nation and our Legislature has a fixation on tax cuts, “tax reform” in her mind must include cutting taxes. Even after years of budget cuts, she’s convinced we need spending caps. And while she makes a point of saying she wants to strengthen the public schools, every time we asked her for specifics, she turned the conversation back to home schooling and private schools, and the need to excuse parents from paying their taxes if they take their kids out of public schools.

Dang, I really can’t argue with any of that. Right down the line, she advocates some really ill-considered ideas. And I was sort of vaguely aware of that when I wrote about her.

But it’s interesting to me to be reminded how differently I would have seen her if I had been talking with her for the purpose of deciding whether to endorse her — and the words in that editorial seem consistent with what I would have concluded, given the same evidence. But since I hadn’t been trying to judge Kara — since I was writing about her within the context of it just being interesting that this local personality had tried to vote in one district, then had to run in another — the picture didn’t gel in my mind. I even encouraged her to run.

Not that I was blind to her faults. Here’s part of what I wrote before:

Ohmygosh, do you see what I just said? “I think she’d quickly see that you can’t do it all, and make realistic assessments of what can and should be done.” And then later, I wrote, “My impression is that Kara has the character to be a positive force in politics, whatever her current notions of specific policy proposals.” Wow. Those are the same excuses I used to make about a certain other attractive young woman with a lot of energy and a nice smile. You know, the one who never really learned much of anything, and takes pride in the unchanging nature of her mind. The one who is now our governor, if you need me to get specific.

Once again, I’m reminded of the value of the endorsement process, properly done (and my regret that newspapers do so few of them now). Its value to the journalist, and to the reader. In that process, you get past vague impressions and force yourself to ask the questions that help you evaluate your initial impressions more systematically. Which The State did today.

I still like Kara personally, but that has little to do with whether she’d be a better senator than Ronnie Cromer.

19 thoughts on “The State roundly rejects Kara for the Senate”