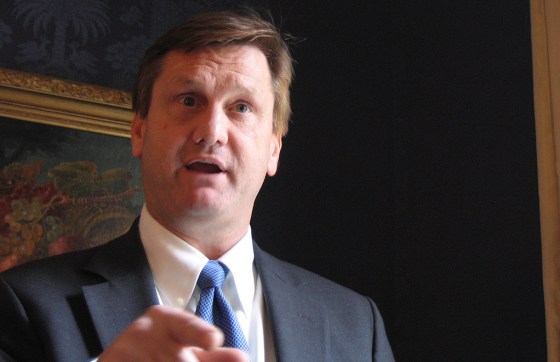 File photo of Tom, taken at the governor's mansion back when he worked for Mark Sanford.

Lindsey Graham is now in front of every TV camera he can find, condemning health insurance mandates, but making no mention of the bill he cosponsored in 2009 (S. 391; the Wyden-Bennett Act) to impose mandates and corresponding noncompliance penalties.

I had forgotten about the Wyden-Bennett Act, if I ever knew about it. Well, good for Lindsey.

Tom forgets that conservatives used to be for mandates, before Barack Obama started agreeing with them. But Tom is not alone in that. Republicans in general have wiped that from their memories, because it would be inconvenient to their goal of demonizing the president over it.

50 thoughts on “Tom Davis on Lindsey Graham on mandates”