There was a meme bouncing around on Twitter this morning having to do with the expression “dog whistle politics.” It’s a phrase you’ve probably heard before, which is easy to understand intuitively, but I was curious about its provenance, so I looked it up. And I found a little gem that, if I had read it before, I had forgotten.

This is from the Wikipedia entry on the term. WARNING: OFFENSIVE LANGUAGE:

One group of alleged code words in the United States is claimed to appeal to racism of the intended audience. The phrase “states’ rights“, although literally referring to powers of individual state governments in the United States, was described by David Greenberg in Slate as “code words” for institutionalized segregation and racism.[8] In 1981, former Republican Party strategist Lee Atwater when giving an anonymous interview discussing the GOP’s Southern Strategy, said:

You start out in 1954 by saying, “Nigger, nigger, nigger.” By 1968, you can’t say “nigger” — that hurts you. Backfires. So you say stuff like forced busing, states’ rights and all that stuff. You’re getting so abstract now [that] you’re talking about cutting taxes, and all these things you’re talking about are totally economic things and a byproduct of them is [that] blacks get hurt worse than whites. And subconsciously maybe that is part of it. I’m not saying that. But I’m saying that if it is getting that abstract, and that coded, that we are doing away with the racial problem one way or the other. You follow me — because obviously sitting around saying, “We want to cut this,” is much more abstract than even the busing thing, and a hell of a lot more abstract than “Nigger, nigger.”[9][10]

Assuming that actually was South Carolina’s own Lee Atwater speaking (and it sounds like him), that’s the most direct line I’ve ever seen drawn — by an insider, that is — from the old segregationist politics, through the Southern Strategy and the redefinition of the Solid South, to today’s anti-government, anti-tax ideology. 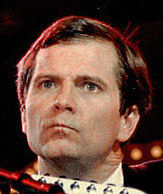 The implication has been, ever since we entered this phase, that government is all about taking money from people like us and giving it to those people. Which of course is an idiotic understanding of what government is and whom it benefits, but it’s a line of thinking we often hear, with varying degrees of explicitness.

The thing is, most of the anti-government crowd would be furious at being called racist, and would indignantly point to Tim Scott and the sometimes nonwhite Nikki Haley as “proof” that they haven’t a racist bone in their bodies. And indeed, some of them (such as Mark Sanford, and his longtime friend and ally Tom Davis) are just natural-born libertarians. But far, far from all.

The thing about Atwater was that unlike the true believers, he was aware of what he was doing. That’s what made him so good at it.

Of course, as he points out, this is a process of distillation that takes us from the physical-world idea of race and transforms it to a pure abstraction that doesn’t literally bear on skin color. So it actually does become something other than racism, a set of attitudes more intellectualized than merely a visceral response to melanin. So those who become indignant at cries of “racism” do have a leg to stand on, and get angrier and angrier at having such an epithet flung at them. And so the back-and-forth accusations about what such attitudes really imply leads to even greater alienation, and the polarization of our politics gets worse and worse.

But you knew that, right?