Kathryn Fenner shares this ABCColumbia clip, in which her husband was quoted as an expert on what to do about the computer virus that caused yesterday’s stir.

I was particularly struck by the dramatic, under-the-coffee table shot of Dr. Stephen sitting on the sofa with his laptop.

Good thing the Fenners keep the underside of that table as neat and tidy as the rest of their home. I didn’t see any chewed gum stuck under there, or anything like that… 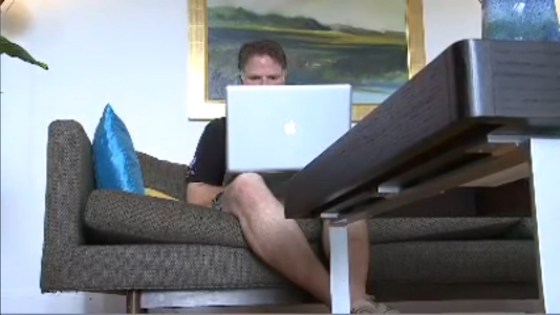 25 thoughts on “Good thing the Fenners keep their home tidy”