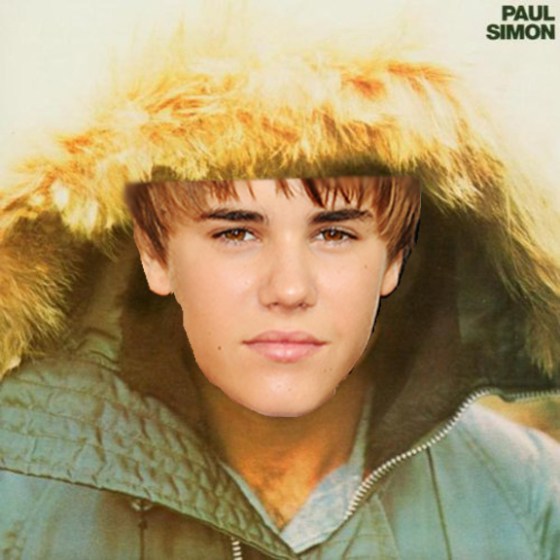 Recently, I’ve been listening to Spotify instead of Pandora. And at first, it seems an incredibly good deal. Pandora (at least in the free version) won’t let you directly pick a particular track, whereas Spotify not only lets me go to the track I have in mind (if it’s in its database — I’ve hit a couple of misses so far), but plays the whole album for me. Which is awesome.

And the price — having to listen to ads — is inconsequential. I’ve listened to radio ads my whole life — only with this, I can hear songs on demand. For free (so far).

But today, Spotify exacted a terrible price on me.

I was happily listening to Paul Simon’s first solo album — I had sought out “Everything Put Together Falls Apart,” with which Pandora had failed to connect me in the past — and then, suddenly and without warning, right between “Run that Body Down” and “Armistice Day,” I started hearing this awful, trite, saccharine bubble gum voice singing something like, “If I was your boyfriend… never let you go.”

Alarmed, I ALT-TABbed over to the application, and saw that it was… Justin Bieber. Fortunately, the ad — for that’s what it was — was quickly over, and I was back to stuff worth listening to. Stuff with, you know, at least a modicum of wit and creativity.

I suppose I can stand this if it happens again. But I’ve just had another reminder (shudder), as if I needed it, that nothing is really free.

31 thoughts on “Is Spotify worth the price? (Hold on a second… THAT’s not Paul Simon!)”