As long as I’m mentioning Cindi and Warren today, I’ll go ahead and call your attention to something else I saw in The State this morning. It was a column by Kathleen Parker, in which she stuck up for John Rainey in light of our governor’s emotional attack on him.

Remember her oh-so-classy way of defending herself against the ethical questions Rainey had raised? She called him “a racist, sexist bigot who has tried everything in his power to hurt me and my family.”

I briefly touched on a couple of things that just leapt to mind about John Rainey that seemed at odds with that assessment. Since Kathleen is still paid to write columns, she dug a good bit deeper and came up with some other examples of things that make Rainey sound like anything but what Nikki Haley says he is:

Inarguably, the governor’s charges, made publicly and aimed at a citizen, albeit a powerful one, are far more damaging than whatever Rainey said during a private meeting. Judge as you may but consider the following facts before accepting Haley’s indictment of Rainey. 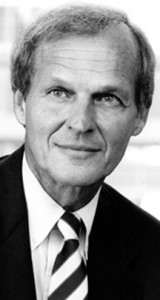 For no personal gain, Rainey frequently has raised money and organized groups in common cause across party lines. He and his wife, Anne, marched in 2000 with 46,000 others to protest the Confederate flag, which then flew atop the state Capitol dome. He personally hosted several private meetings with NAACP and legislative leaders to find a compromise for the flag’s removal.

He served as executive producer and raised funds to finance Bud Ferillo’s documentary “Corridor of Shame,” about the dismal condition of public schools along the Interstate 95 corridor through South Carolina. Candidate Barack Obama visited one of those schools and cited the corridor in campaign speeches.

In 1999, Rainey chaired the fundraising committee for the African-American History Monument on Statehouse grounds. In 2002, while chairman of Brookgreen Gardens, he raised funds to erect a World War I doughboy statue in Columbia’s Memorial Park and sponsored a bust of a 54th Massachusetts Infantry African American soldier. He received the sixth annual I. DeQuincey Newman Humanitarian Award in 2004, named for the United Methodist minister and first African American elected to the state Senate following Reconstruction.

Latest to the roster is a sculpture that Rainey has commissioned, honoring two Camden natives, financier Bernard Baruch and baseball great Larry Doby. Baruch was a philanthropist, statesman and consultant to presidents (Woodrow Wilson and Franklin D. Roosevelt). Doby was the first African American to play in the American League and was inducted into the National Baseball Hall of Fame in 1998.

The sculpture, which will be unveiled in April, is a monument not only to two local heroes but also to the sort of reconciliation Rainey represents. His record speaks louder than words.

25 thoughts on “More evidence in defense of John Rainey”