A friend brought to my attention this interview with Bob Inglis, who will be in Columbia next week to speak at the SC Clean Energy Summit. An excerpt:

Q. So you think the main thing driving the current conservative attitude toward climate science is economic anger?

A. I think that’s where the explanation starts. Yesterday, in my class [Inglis is a Visiting Energy Fellow at the Nicolas School of the Environment at Duke University], I assigned J.M. Bernstein’s great piece “The Very Angry Tea Party.” It starts with economic dislocation, but his point is, at a very deep emotional level, it shows that our self-concept as autonomous beings is inconsistent with our reality of interdependence, and to some extent dependence, on a social network of support from Medicare, Social Security, and other ways that we have formed community. 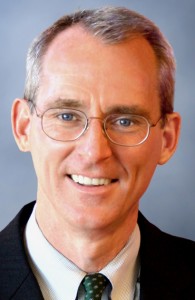 The thing where I’m obviously out of step is, I think it’s possible to be a conservative who wants to build community. That it is consistent with the ethical teachings of Jesus — to be a communitarian, to care for the sick. But right now what we have is anger and rejectionism. On energy and climate, there’s an element that just rejects action, rejects the science, rejects anything and anybody with a PhD.

I think you should respect people who have given their lives to learning about climate systems and listen to them carefully. They know a lot more than I do. But this is not where we are right now.

If you look at the history of this country, there was something called the Boston Commons. Savannah, Ga., was a planned city and has beautiful parks; Charleston has some beautiful public spaces. The idea being, we can build a community here. We’re going to care for one another. Now, there’s a big difference of opinion about how far that goes in terms of the role of the state. But you start with the notion that we’re going to build community.

And some of the rejectionism is based on a sort of recoiling from the apocalyptic vision of some advocates of action on climate change. That apocalyptic vision actually hurts us because it drives the sense that, well, we’re all toast anyway. We may as well eat, drink, and be merry. If I believe that I’ve got some control over my destiny, I might rise up and exercise responsibility. But if I think it’s all predetermined and I’ve got no hope, denial is a pretty good coping mechanism.

If I accept the science, and that leads to the conclusion that something’s up, and I’m a responsible moral actor, I should change my behavior. But if I’m not willing to change my behavior, it’s better for me, not to admit that I’m selfish, but to attack the science. Attacking the science is an easier way to dispense with the question.

And here you can see, of course, why the Tea Party essentially rode the congressman out of office on a rail in 2010: He thinks too much.

Related to that is the main reason this was brought to my attention: This may mark the first time in the history of our state that a present or former South Carolina officeholder actually used the word “communitarian.” And even used it in a way that indicated he identified the concept with himself!

18 thoughts on “SC politician uses ‘communitarian’ in a sentence!”