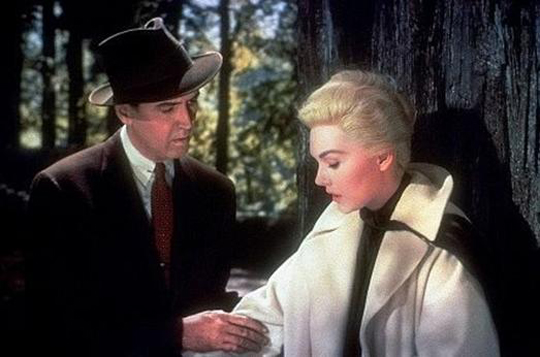 There are things that run through my mind when I see Kim Novak. "Great actress" isn't one of them.

Roger Ebert brings my attention to this report by Alexander Hull on this decade’s Sight & Sound Top 10 Greatest Movies of all Time. Hull starts out:

The recent unveiling of Sight & Sound‘s 2012 list of the Top 10 Greatest Movies of all Time brings with it the inevitable chatter that accompanies most lists taking authoritative stabs at qualifying the best of, well, anything. Cinephiles scan for snubs, ranking quirks, and whatever consistencies and trends they can glean from the list. Released every ten years since 1952 and voted upon by hundreds of critics and industry professionals, Sight & Sound has long been seen as a definitive voice in cinema-culture consensus. This time around, though, there’s one gleaming omission from the Sight & Sound list: modern films. The top 10 doesn’t include any movie made in the last 44 years, and the Top 50 only features 13 films since the 1970s (only six since the 1980s)….

To be sure, there’s something obviously preposterous about saying that the decades after the release of 2001: A Space Odyssey in 1968 have produced no films worthy of inclusion in the top 10. If a movie is a masterpiece, it should be ranked as a classic, regardless of how old or young it is—right? Since 1968 (or the 1970s if you’re looking at the Top-50 list) cinema has offered countless great, widely acclaimed films. The critical question, as voiced by New Statesman‘s Ryan Gilbey: “Are those who voted paralysed by history or are the finest films really located in the distant past?”

But I’d argue that the voters are not as paralyzed as some might suspect. The new Sight & Sound list actually does represent a move—a small move—towards the modern. Citizen Kane lost its top spot to Vertigo, a movie 17 years its junior. And compared to the 2002 version, this year’s top-50 breakdown features fewer works from the years between 1920 and 1950 and more from the years between 1960 and today. These incremental shifts towards the new (well, newer) certainly suggest change is happening and that modern films are becoming canonized. It just also suggests that the canonization process is very, very slow.

Personally, I’d suggest that the methodology of this survey is lacking. This comes across like the consensus opinions, reflecting a discernment process lasting centuries, of the Old Ones in Heinlein’s Stranger in a Strange Land. (And by the way, why hasn’t that been made into a movie yet?)

Other reports have noted the fact that “Citizen Kane” has been toppled from the No. 1 spot. Which would be fine with me — I find the constant ranking of that admittedly excellent film on the tops of such lists rather monotonous — if only it were replaced by something awesome.

But instead, it’s replaced by Hitchcock’s “Vertigo” — a film that, to be honest, I can’t remember whether I’ve seen. Film buffs aren’t supposed to admit things like this, but frankly, some of Hitchcock’s films run together in my mind. Of course, if it’s the best movie of all time, certainly I haven’t seen it, or I’d remember, right?

But then, my tastes are seldom those of the kinds of people who assemble these lists. For instance, there’s the overabundance of foreign films, which too few Americans are regularly exposed to. Yes, there’s Netflix now, and I do order foreign DVDs (how else could I have been exposed to the wonderful “The Lives of Others?” But it’s not like I’ve seen it 10 times in theaters, starting when I was young — which I suspect is the case with New York or Los Angeles-based critics. Because those are the kinds of movies they seem to be into — ones that prove themselves over and over. I don’t know if I’m explaining myself well. But I’ve often thought that maybe if I were exposed to “Citizen Kane” more often, I’d realize how awesome it is. But I haven’t been, and I don’t.

Here’s what I think of the films in this new list:

Basically, I think those who contributed to this list have achieved their goal: They’ve made me feel like an uncultured boob.

Now, for a regular ol’ unpretentious, red-blooded, All-American, pure vanilla Top Ten list. I’ll give my reasons for the my picks some other day:

And as a bonus, here are five more to chew on: 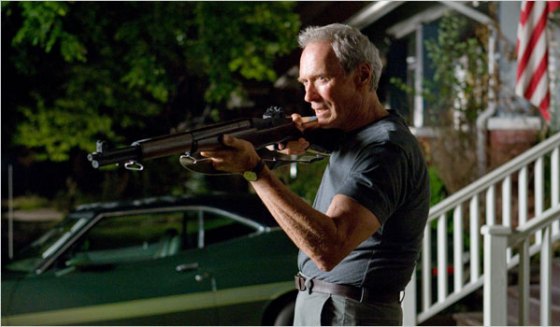 Alla you foreign film buffs, get offa my lawn!