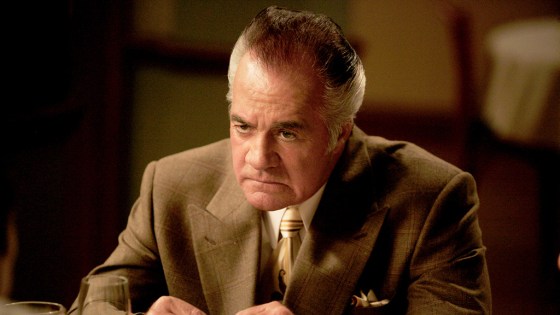 Well, nothing, strictly speaking. There’s no direct connection, anyway. But bear with me…

Some time ago, as you’ll recall, I expressed my pleasure when Rep. Ryan used the word “subsidiarity,” a favorite concept of mine arising from Catholic social teaching, coupled with my dismay at the odd way he used it. The word (to me) refers to the principle that in any system — governmental, economic, what have you — functions should be left to the smallest, most local unit that can competently perform them, with larger entities only performing the functions that can’t be carried out by the smaller units. Applied to government, that means the federal government should only perform those functions that can’t be effectively carried out at the state or local level, and so forth. It’s sort of related to what was for a time popularly called “devolution,” but with differences.

But fellow Catholic Ryan startled me by interpreting the principle as meaning functions should be performed by private entities other than public ones — which is convenient for him politically, but not the way I’ve understood it.

I’m not the only one who sees Ryan’s use of the term as misleading, if not outright wrong. I ran across this a couple of days back. Carrying it further, here’s a piece further explaining the problems with “small-government” libertarians trying to claim subsidiarity as their own. For one thing, it points out, “Subsidiarity is a communitarian philosophy.” Well, yeah.

Furthermore, Ryan has been taken to task for his misapplication of Catholic teaching to the federal budget by 90 faculty members from Georgetown University (a Jesuit institution), and more to the point, the U.S. Conference of Catholic Bishops criticized his 2012 budget plan for failing to protect the poor and vulnerable.

But there there are those, including some Catholic clergy, who would defend the Ryan interpretation of subsidiarity. I was led to this knowledge by Paulie Walnuts.

I’m a big fan of the Internet Movie Database. I have the app on my iPhone, and can’t watch a movie on television without constantly turning to it to answer such questions as “Who’s that actress?” or “What else has she been in?” or “Was this directed by…?” Sometimes I go from there to Wikipedia for elaboration.

Anyway… and I forget what led me to this… I found myself recently reading the Wikipedia entry about Tony Sirico, the actor who played Paulie “Walnuts” Gualtieri on “The Sopranos.” Mr. Sirico, I learned, has also played gangsters in “Goodfellas, Mob Queen,Gangsters, Love and Money, Fingers, The One Man Jury, Defiance, The Last Fight, Innocent Blood, Bullets Over Broadway, The Pick-up Artist, Gotti, Cop Land, Turn of Faith, and Mickey Blue Eyes.”

I read on, and was told that there’s a very interesting reason why he is so convincing as this sort of character:

Before turning to acting, Sirico was reportedly a fast-rising mob associate of the Colombo crime family, serving under Carmine “Junior” Persico, and had been arrested 28 times. There is a Sopranos reference to this fact when Paulie says, “I lived through the seventies by the skin of my nuts when the Colombos were goin’ at it.”[3] In 1967, he was sent to prison for robbing a Brooklyn after-hours club, but was released after serving thirteen months. In 1971, he pled guilty to felony weapons possession and was sentenced to an “indeterminate” prison term of up to four years, of which Sirico ended up serving 20 months. In an interview in Cigar Aficionado magazine, Sirico said that during his imprisonment, he was visited by an acting troupe composed of ex-cons, which inspired him to give acting a try.[4] According to a court transcript, at the time of his sentencing, he also had pending charges for drug possession.[5] Sirico appeared in a 1989 documentary about life, The Big Bang by James Toback, in which he discussed his earlier life.

Interesting, but what does it have to do with the definition of “subsidiarity?” Well, continuing to read the “Background and Career” section, we see that “His brother, Robert Sirico, is a Catholic priest and co-founder of the free-market Acton Institute.”

Really? This was, to me, at least as interesting is Mr. Sirico’s alleged past as a wiseguy. So I checked out the Acton Institute for the Study of Religion and Liberty, where I found commentary with such headlines as “The Rich Don’t Make Us Poor,” “Challenging Liberals on Economic Immobility,” “Moral Formation and the School Choice Movement,” “It Takes a Village to Raise a Business” (that’s my personal favorite) and “Black Scholars Give Obama an ‘F’.”

This is from The Acton Institute Core Principles:

Rule of Law and the Subsidiary Role of Government – The government’s primary responsibility is to promote the common good, that is, to maintain the rule of law, and to preserve basic duties and rights. The government’s role is not to usurp free actions, but to minimize those conflicts that may arise when the free actions of persons and social institutions result in competing interests. The state should exercise this responsibility according to the principle of subsidiarity. This principle has two components. First, jurisdictionally broader institutions must refrain from usurping the proper functions that should be performed by the person and institutions more immediate to him. Second, jurisdictionally broader institutions should assist individual persons and institutions more immediate to the person only when the latter cannot fulfill their proper functions.

On their face, I wouldn’t argue with those assertions, although it’s odd that subsidiarity is being described in terms of an individual’s relationship to the state, rather than between larger and smaller governmental entities. Quite Ryanesque. Here’s how subsidiarity is further interpreted by a writer on that site:

One of the key principles of Catholic social thought is known as the principle of subsidiarity. This tenet holds that nothing should be done by a larger and more complex organization which can be done as well by a smaller and simpler organization. In other words, any activity which can be performed by a more decentralized entity should be. This principle is a bulwark of limited government and personal freedom. It conflicts with the passion for centralization and bureaucracy characteristic of the Welfare State.

This is why Pope John Paul II took the “social assistance state” to task in his 1991 encyclical Centesimus Annus. The Pontiff wrote that the Welfare State was contradicting the principle of subsidiarity by intervening directly and depriving society of its responsibility. This “leads to a loss of human energies and an inordinate increase of public agencies which are dominated more by bureaucratic ways of thinking than by concern for serving their clients and which are accompanied by an enormous increase in spending.”

In spite of this clear warning, the United States Catholic Bishops remain staunch defenders of a statist approach to social problems. They have publicly criticized recent congressional efforts to reform the welfare system by decentralizing it and removing its perverse incentives. Their opposition to the Clinton Administration’s health care plan was based solely upon its inclusion of abortion funding. They had no fundamental objection to a takeover of the health care industry by the federal government…

So I read that, and I thought, “Where have I seen subsidiarity used that way?” Which brought me to the man of the hour. Paul Ryan would no doubt feel very comfortable with the ideas espoused by “Paulie’s” brother, or at least by the organization he heads. But that’s the only thing they have in common, that I know of. If you were hoping for something more, I’m sorry.

7 thoughts on “Quickly, now: What do veep hopeful Paul Ryan and ‘Paulie Walnuts’ have in common?”