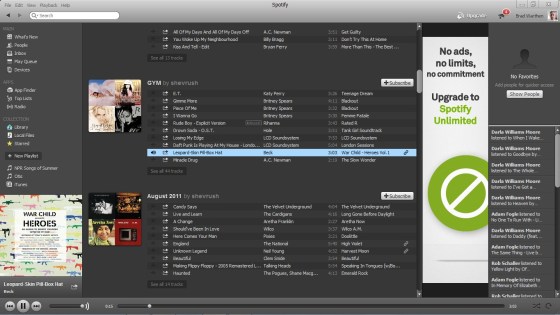 Spotify informs me that Darla Moore has subscribed to “my” playlist, “NPR Songs of Summer.” Of course, it’s not “my” playlist. It’s NPR’s.

For a moment I thought I’d discovered what Darla had been up to since Nikki bumped her from the USC board of trustees — listening to Adele, LMFAO, Taio Cruz, Gnarls Barkley, Simon and Garfunkel and the Stones. But then I realized it was another Darla Moore altogether — but one, it should be said, with pretty good taste, who also listens to Emeli Sandé, Kate Bush, R.E.M., Loudon Wainwright III, Beck, the Velvet Underground and the Psychedelic Furs, among many others, according to her public profile.

Which is aside from my point. The point is, I have a confession to share.

After having played them over a bunch more times, I realize I was wrong about some of those songs on the NPR list. Some of the recent songs I rated really low on my zero-to-five-stars scale are a lot better than I thought they were when I first rated them.

For instance… I wake up in the morning with LMFAO’s “Party Rock Anthem,” which has really grown on me, in my head.

And more dramatically, I originally rated Adele’s “Rolling in the Deep” at two stars, which was ridiculous. I now consider it to be worth at least four, if not five. It’s amazing. I didn’t come to this decision because of seeing two of my older (male, amazingly enough) cousins dancing to it with abandon at a wedding a couple of weeks back — doing something that looked very like an Indian rain or war dance, which the song’s driving rhythm tends to abet.

No, I’ve come to that conclusion from listening to it over and over. And eventually going, wow. You know how I posed the question of what, exactly, makes Leonard Cohen’s “Hallelujah” so mysteriously stirring? What, I asked, is the music doing to the ear, the brain, the soul in that part that “goes like this, the fourth, the fifth/ The minor fall and the major lift…?”

Well, something comparably awesome happens, building irresistibly, and then exploding, every time, when Adele sings this part:

We could have had it ALLLLLLL…

But it took time for me to fully realize it.

And it occurs to me that that is a large part of the difference, in terms of my appreciation, between recent songs and something like, for instance, “Honky Tonk Women,” with which I was saturated during the summer of 1969. (When I hear it, it brings one particular memory specifically to mind… driving down Highway 17 between Myrtle Beach and Surfside, passing by right where Tad’s used to be, telling my Uncle Woody — who’s just a little older than I am, and therefore sort of like an older brother — that that was just the best driving song ever. This was possibly influenced by the fact that I had just started driving.)

It’s not that I’m an old fogy — although I’m sure some of you will have your own opinions as to that. The thing is, I react to music much the same as I did in my youth. I certainly feel the same inside when I hear it.

But back in the day, we heard the songs so often, and they had a much better chance of growing on us. On TV, on the radio, walking down the street, coming from a juke box. Music was so common, and shared, and unavoidable. Grownups were able to mock The Beatles’ “yeah, yeah, yeah” because they heard it, everywhere.

There was one Top 40, and everybody was exposed to it. Now… music is more diverse, and specialized, and broken down. And I have the sense that you have to go out and seek it more than you do today. Even if it’s only clicking on a link from a friend via social media, you sort of have to seek it out.

Yeah, maybe it’s just because I’m not invited to those kinds of parties, but music just doesn’t seem as public and as ubiquitous as it once did. Is that a misperception? I don’t know.

I do know that music took a shift toward the private and esoteric and fragmented in the 70s, as we all became “album-oriented.” But then it came back together, became more democratic, in the 80s with MTV, to where most of us have a shared soundtrack for that era.

Now, just as people can choose highly specialized TV channels to watch — rather than having to be satisfied with three networks — they are more empowered to choose a specific musical direction, and have it be private, through their ear buds. Yes, it’s shared, but more person-to-person, rather than communally.

Or so it seems. As I say, I don’t go to parties where current pop music is being played, assuming such parties still exist. But then, I was a pretty antisocial kid, and didn’t go to all that many parties.

So what’s different? How do y’all see, or rather hear, the music scene today? 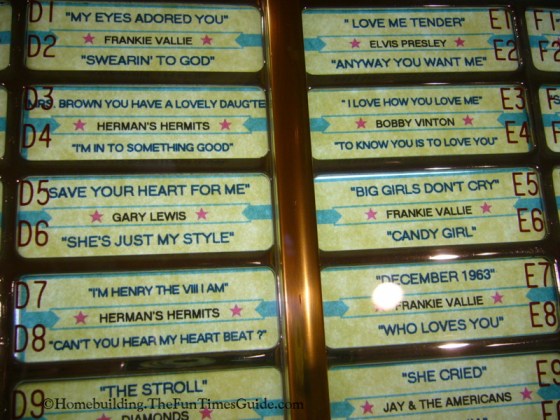 The music used to be so public, and unavoidable.

33 thoughts on “Where do kids listen to their pop music today? (All I know is, it better not be on my lawn…)”