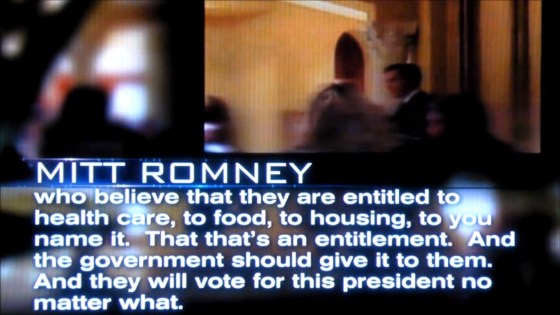 Back when he was elected governor in 2002, Mark Sanford was an outlier in the Republican Party. He called himself a “conservative,” but his words and actions in his first months in office made it increasingly clear that he was not that at all, but was a rather extreme libertarian — which is to say, a classical liberal.

For years, this put him at odds with most elected Republicans, who were more conventionally conservative. Among people who knew and understood him, his fan base was generally limited to the Club for Growth, the editorial board of The Wall Street Journal, and such anti-public education activists as Howard Rich.

Then came the Republican defeats of 2008. After that, the party went through paroxysms of self-accusation, and the loudest voices were those that said the party’s problem was that it was not extreme enough (especially in nominating iconoclast John McCain), in particular that didn’t hate government enough. And those voices, belonging to Jim DeMint and others, started to gain traction quite rapidly. While they were still calling themselves “conservative” and still do, they were defining the term away from the more traditional meaning that I have long embraced.

Then came the election of 2010, which brought together the elite theorists of the Club for Growth and the lowest-common-denominator populists of the Tea Party, united only by the fact that they deeply despised the idea that citizens can ban together to address their common challenges as a community — that is to say, despised the very idea of government in a free society.

In spite of all that, the Republicans in 2012 chose as their standard-bearer a relative nonideologue. But he only got the nod by the skin of his teeth, after the extremists failed to unite, for more than a few days or weeks at a time, behind a candidate they liked better. And in order to make sure the muscular, energized libertarian elements of the party turn out in November, he chose the most vocal and articulate exponent of their worldview as his running mate.

And so the picture was complete: The GOP ticket was fully onboard with the libertarian agenda. (Economic libertarianism, anyway. Cultural libertarianism has generally been left to the Democrats.)

But who, if anyone, was out there to champion what I see as the viable alternative to that view — communitarianism?

Well, to my great interest, key Democrats started saying some very communitarian things this week. Bill Clinton put it as strongly as anyone:

We Democrats think the country works better with a strong middle class, real opportunities for poor people to work their way into it and a relentless focus on the future, with business and government working together to promote growth and broadly shared prosperity.  We think “we’re all in this together” is a better philosophy than “you’re on your own.”

The former president accomplished two things there: He shoved aside so much of the divisive class-warfare rhetoric we had heard from other DNC speakers (such as the one just before him), and said the one thing that is the simplest possible assertion of the communitarian worldview — that “we’re all in this together.”

At  least — and here’s a huge disclaimer — I think of that as being a purely communitarian statement. Truth be told, there is so little discussion of communitarianism out there that I’m not always entirely sure I understand it, which is why I say I think I have communitarian tendencies, rather than “I am a communitarian.”

But to me at least, “we’re all in this together” isn’t just a description of how the world should be. It is a simple description of the way the world is, and you can’t engage the world realistically and effectively if you don’t recognize it.

But if I liked that, I really liked the things the president had to say the next night. First, there was his use of the word “citizenship.” That probably doesn’t sound like much to you, just another Civics 101 kind of term that you would expect to hear in a political speech. But actually, we haven’t heard it all that much since JFK’s “ask what you can do for your country” speech. You won’t find it, for instance, in the speeches of Paul Ryan or Mitt Romney at the RNC the week before.

“Citizenship” jumps out at me because of something I noticed several years ago — that the radical libertarian wing of the GOP, which now so dominates the party, doesn’t really believe in it. Or at least, doesn’t believe in it in any way I would recognize it.

I wrote about this several years back, in the context of the “school choice” debate. I had noticed something fundamental about the thinking of the people who advocated for tax credits and vouchers: They saw themselves as consumers, rather than as citizens. A citizen understands that he pays taxes to support public schools because they are a public good that benefits the whole society, not just the children who attend the schools or their families. Because he wants to live in a society in which everyone has some education and some ability to support themselves and contribute to the community, rather than having vast swaths of the society being incapable of constructive engagement. By contrast, the “school choice” advocates saw themselves as consumers. They saw themselves as paying for a service with those taxes — and if they, personally, had no one in their families attending those schools (ifthey were childless, or if their children attended private school or were homeschooled), then they shouldn’t be paying for the service. To them, this was irresistible logic — because they related to the world as consumers rather than as citizens.

So the word got my attention. Here’s how the president used it:

Exactly. But Mr. Obama went beyond that. He went on to use language that seemed directly lifted from a communitarian website or something:

We don’t think the government can solve all of our problems, but we don’t think the government is the source of all of our problems — any more than our welfare recipients or corporations or unions or immigrants or gays or any other group we’re told to blame for our troubles — because — because America, we understand that this democracy is ours.
We, the people — recognize that we have responsibilities as well as rights; that our destinies are bound together; that a freedom which asks only, what’s in it for me, a freedom without a commitment to others, a freedom without love or charity or duty or patriotism, is unworthy of our founding ideals, and those who died in their defense.
As citizens, we understand that America is not about what can be done for us. It’s about what can be done by us, together — through the hard and frustrating but necessary work of self-government. That’s what we believe.

“Rights and Responsibilities” is essentially the tagline of The Communitarian Network.

But use whatever words you want to describe it — communitarianism, citizenship, civic-mindedness, or Donne’s “no man is an island” — the fact is that the president, and Bill Clinton before him, were offering a powerful alternative to the radical individualism that the GOP ticket is offering.

There is still much I find terribly off-putting about the Democrats, all of which was on display this week — the Identity Politics, the unquestioning embrace of abortion on demand, the unrealistic way so many of them still speak of national security (for that matter, their general lack of concern about it, as so many of them prefer to dwell on domestic issues).

But this notion of citizenship, set against a very different view of reality being set forth by the GOP ticket, to me rather powerfully recommends President Obama going forward. Now that he has framed the choice in this manner, I will listen with great interest for the GOP response. At this point, I fear that it is sadly predictable.

18 thoughts on “Are we actually being offered a clear choice between libertarianism and communitarianism?”