Earlier today I wrote something about the contrast that was expected between Elizabeth Warren’s speech and Bill Clinton’s. That was certainly dead on. She gave one of those speeches full of resentments and blame, the kind that makes me dislike political parties so much.

And then Bill Clinton gave a speech that, while lifting the crowd in the arena to their feet, talked right on through them and to all of America, making the case for Barack Obama as no one has ever made it before, in a way that was a feel-good celebration of politics and democracy and this country and the things that make it great.

I can’t remember the last time I heard a political speech this good. Here are my thoughts, via Twitter, as it unfolded. You can see my enthusiasm build from the moment the former president started talking. The Tweets that follow, starting at 9:29 p.m., are mine, except where otherwise indicated:

It was amazing. He’s just that good. And I say that as the editor who presided over an editorial board that was tied as first in the country to call on him to resign after he admitted lying to us. But he was always really, really good at this, and I don’t just mean in ways that were good for him. It’s actually good for the country to hear a speech like this. So much of politics these days is depressing, dispiriting. We all needed a lift like this.

Some were complaining that the speech was too long. No. Bill Clinton has given some of the longest, most tedious speeches most of us can remember. But tonight he wasn’t indulging himself. Tonight he was giving. 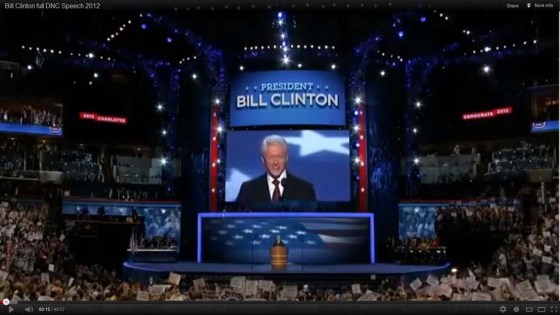