The video shows Ron Bronstein, an enlistee in the Israel Air Force, “shuffling” through the basic training process to the tune of LMFAO’s Party Rock Anthem.

In the video, Bronstein dances in the midst of many mundane basic training backdrops that are all too familiar to Israelis who have done military service.

And in case you just can’t wait for something serious: Bibi decided to take the ‘subtle’ approach at the U.N. yesterday, just days after Holocaust-denier Ahmadinejad’s Yom Kippur address to the body… 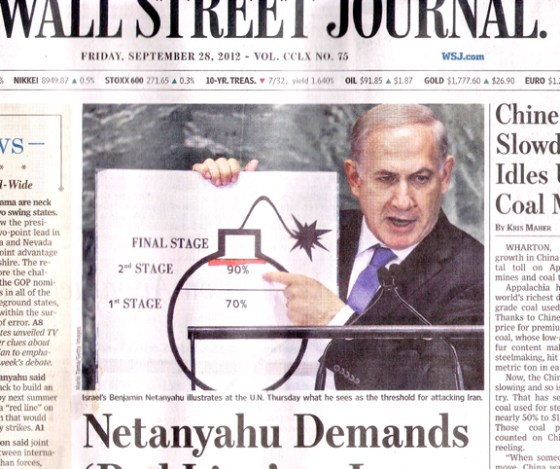 13 thoughts on “This IDF recruit more than ready to take on Ahmadinehad (subliminal message: ‘Hatin’ is bad’)”