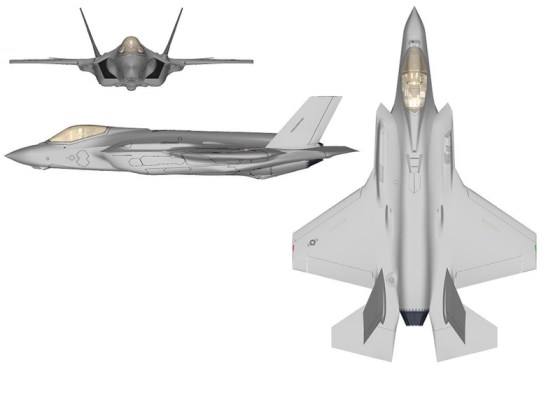 Remember that previous post about the dog-and-pony show up in North Carolina, the one that was to allow reporters to check out an F-35 simulator?

Well, Lockheed had another one on USS Yorktown in Charleston, and they managed to wow Rep. Tim Scott:

During his visit, Scott “flew” the F-35 cockpit demonstrator to experience firsthand how advanced stealth, fighter agility and integrated information systems make the F-35 the most capable multi-role fighter in the world. The cockpit is visually and audibly interactive and provides a realistic look at the F- 35’s performance, air-to-air and air-to-ground capabilities, sophisticated sensor fusion and advanced computational capabilities.

“Coming from a military family, I understand and appreciate that American men and women serving in uniform deserve the best technology that this nation can provide. Those that threaten our country are evolving everyday, and it is essential we stay ahead of them.” Scott said. “There is no doubt the fifth generation, multi-role F-35 Lightning II’s ability to defeat sophisticated surface-to-air missiles and enemy fighters in the air and on the ground will allow us to do just that.

“Our military leadership associated with Beaufort Air Station, McEntire Joint National Guard Base, and Shaw Air Force Base has told me clearly and convincingly that these capabilities are critical to defending our freedoms,” Scott added.

Lockheed officials noted that even at its current low rate of production, the F-35 program supports a broad industrial base of more than 1,300 suppliers in 45 states, contributing to more than 133,000 direct and indirect U.S. jobs and over $17.7 billion in direct and indirect annual economic impact. Those numbers are expected to grow as the program ramps up to full rate production over the next few years.

In South Carolina, the F-35 program generates nearly 123 jobs and more than $5 million annually in direct and indirect economic impact. Currently, there are four South Carolina companies supporting the program.

The F-35 is a supersonic multi-role fighter designed to replace a wide range of aging fighter and strike aircraft. Three variants derived from a common design will ensure the F-35 achieves its security mission while staying within strict affordability targets.

Lockheed Martin is developing the F-35 in conjunction with its principal partners, Northrop Grumman [NYSE: NOC] and BAE Systems, and Pratt & Whitney. Among the aircraft F-35 will replace are the A- 10, AV-8B Harrier, F-16, F/A-18, and the United Kingdom’s Harrier GR-7 and Sea Harrier.

Headquartered in Bethesda, Md., Lockheed Martin is a global security and aerospace company that employs about 123,000 people worldwide and is principally engaged in the research, design, development, manufacture, integration and sustainment of advanced technology systems, products and services. The Corporation’s net sales for 2011 were $46.5 billion.

The USS Yorktown was commissioned on April 15, 1943, and was one of the preeminent aircraft carriers to serve in the Pacific theater of operations during World War II. In the 1950’s, Yorktown was modified with the addition of an angled deck to better operate jet aircraft. In 1958, the ship was designated an anti-submarine aircraft carrier, and served admirably during the Vietnam conflict. Yorktown was decommissioned in 1970 and placed in reserve. In 1975, the ship was towed from Bayonne, N.J. to Charleston to become the centerpiece of Patriots Point Naval and Maritime Museum.

Hey, if I’d had a chance to go try it out, I’d probably think it was pretty cool, too. At a projected $323 billion, this is “the Pentagon’s most expensive weapons program.” In a budget like that, they ought to be able to come up with something better than my old Microsoft Combat Flight Simulator.