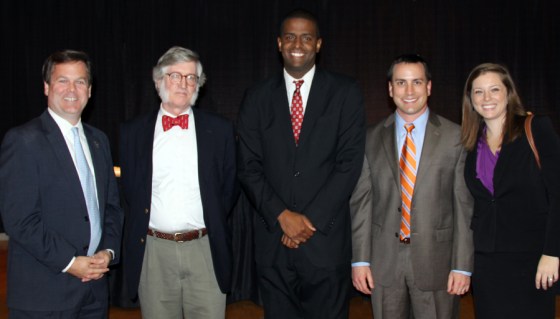 Back in my fire-breathing days when I thought it was possible to completely transform South Carolina right NOW — say, the year that I spent directing the “Power Failure” project, 1991 — I used to rail against the politeness that characterized public life in our state.

Not that politeness per se was a bad thing. My beef was that people were so reluctant to confront each other about anything that nothing ever changed for the better. I was a sort of Rhett Butler railing against a culture that was too busy being gentlemanly to roll up its sleeves and improve our lot.

Now, we have other problems. In fact, too often these days our political problem is less that we don’t get up the drive to move forward, and more a case of being buffeted by all sorts of forces — many of them anything but genteel — that would push us backwards. Some SC politicians seem more intent on copying the behavior of Reality TV contestants than Ashley Wilkes.

In any case, I bring all this up to say that sometimes, I can value what remains of the gentility of South Carolina political discourse.

One of those times was Tuesday night, when I moderated a panel discussion over at Richland County Public Library.

These people were there to argue for either Barack Obama or Mitt Romney, from a local perspective. All were eminently qualified to do so, and applied themselves to the task with gusto. No one missed a chance to score a rhetorical point, and no one was shy about strongly presenting his or her party’s position. Occasionally, they did so with humor.

But here’s the thing: They did it like grownups. They did not interrupt each other. They did not jab fingers at each other, or act like they were on the verge of throwing down. They did not make sarcastic remarks intended to tear each other down. When I told them their time was up, they cooperated.

Which should not be remarkable, but is so, in a world in which the men vying for president and vice president of the United States conduct themselves like five-year-olds who have consumed a whole box of Chocolate Frosted Sugar Bombs.

These people were not shrinking violets. People who know their backgrounds might expect a free-for-all. Matt Moore used to be executive director of the S.C. Club for Growth, the purest expression of Mark Sanford ideology in our state. Amanda Loveday works for Dick Harpootlian, who seems to embrace a sort of lifelong quest to make our politics less civil. Nathan Ballentine is a very conservative Republican who was probably Nikki Haley’s closest ally when she was in the House. Bakari is the son of Cleveland Sellers, the activist famously scapegoated and jailed after the Orangeburg Massacre.

Not a wallflower among them, but all were perfectly courtly as they strongly made their points. (Wait a sec — can a lady, technically, be “courtly”? If so, Amanda was.)

At one point in the middle of it all, I paused to thank the panelists for conducting themselves better than the national candidates they were speaking for, the people who would presume to lead the world. The audience applauded.

25 thoughts on “Why can’t the actual candidates be this grown-up?”