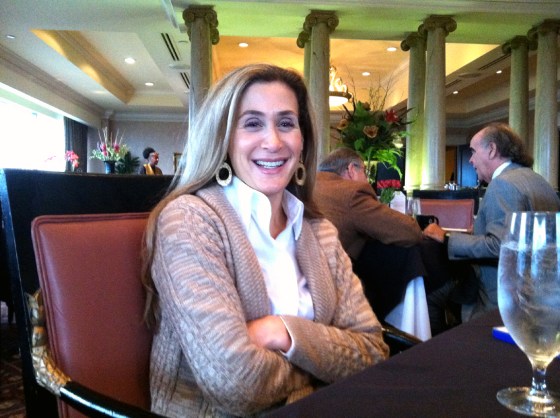 Democrat Beth Bernstein is running hard against Republican Rep. Joan Brady, and that means comparing herself a lot to the incumbent. In short, the comparison adds up to this: While Rep. Brady agrees with a lot of things that Democrats and independents believe in, the challenger says she would be a more effective, committed advocate for those positions.

As an example, she points to the incumbent’s failure to defend strongly her own bill to inoculate schoolgirls against HPV. When Democrat Bakari Sellers asked Rep. Brady to take the floor with him to speak against Gov. Nikki Haley’s veto of the bill, she declined. “She plays it safe a lot.”

While both candidates oppose efforts to pay parents to pull their children out of public schools, Ms. Bernstein says the district, and South Carolina, need someone who would do more than just defend schools from the further harm that the “school choice” crowd would do. She said a representative should be pushing for full funding of the schools, rather than being content with the current 1998 levels.

But the one issue that Ms. Bernstein and other Democrats come back to again and again is ethics. Initially, it seemed that the criticism was simply that as a member of the House ethics committee, the incumbent did not diligently pursue the charges leveled last year against Gov. Haley. That criticism has sharpened in recent days. In a release after a press conference Friday, she said it was inappropriate for Rep. Brady to have taken $30,000 from Speaker Bobby Harrell’s leadership PAC, when the speaker could well appear ere long before the ethics committee for his own campaign spending practices. Quoting from that release:

This is a clear example of the ‘fox guarding the hen house’, and one big game of ‘You scratch my back, and I’ll scratch yours.’ It is wrong. And such conduct should not be legal. I’m calling on Representative Brady to ask Speaker Harrell to withdraw his financial support, and by doing so, completely eliminate any appearance of impropriety. I am not casting judgment as to whether or not the allegations against Speaker Harrell are legitimate; however, I would like to shine a light on the glaring conflict of interest his financial support presents. It is so important that our elected leaders demonstrate through their actions that honesty and integrity actually matter. Representative Brady has been in the legislature for almost a decade and has not once proposed any reforms to our ethics laws.  She is using the gaping loopholes in our ethics laws to benefit her own flailing campaign. Representative Brady should know better. And while she has now recently begun talking about ethics, her actions speak much louder than her words. I want the people of District 78 to know my vote in the legislature will never be for sale. I will work tirelessly to not just talk about ethics reform, but you will see me be a crusader to end the corruption at the State House. Because to me, this isn’t just a political campaign. This is about the future of my community and my state.

Another issue where Ms. Bernstein draws a contrast is on taxes. She criticizes the incumbent for being an advocate for the Fair Tax. She says “either she believes it or she succumbed to pressure,” and either way, that’s a problem.

She also alleges that for a full-time legislator, Rep. Brady isn’t as accessible as she should be.

She answers some of the criticisms the incumbent has leveled at her, Beth Bernstein. First, she says that while she’s a lawyer, she’s not a “trial lawyer.” And she is, too, a small businesswoman, no matter how much Rep. Brady may scoff at the claim: “I do sign the front of a paycheck.”

As for her being a “hand-picked” minion of Dick Harpootlian, she utterly denies it — and points to the way she sided with Leon Lott when Dick attacked him for backing John Courson (another issue on which she and her opponent actually agree). Besides, the Republican has little room to talk on that score after “the stunt with Chad Connelly.”

“I’m doing this because I really do care.” 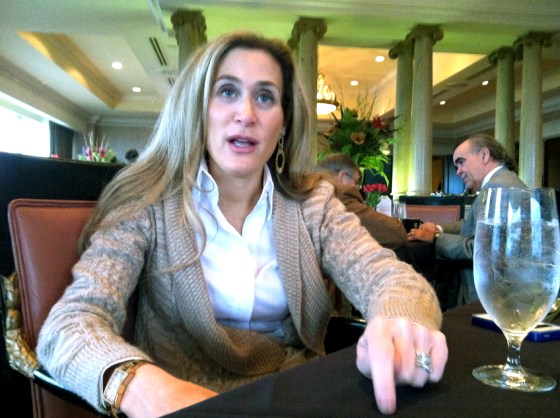