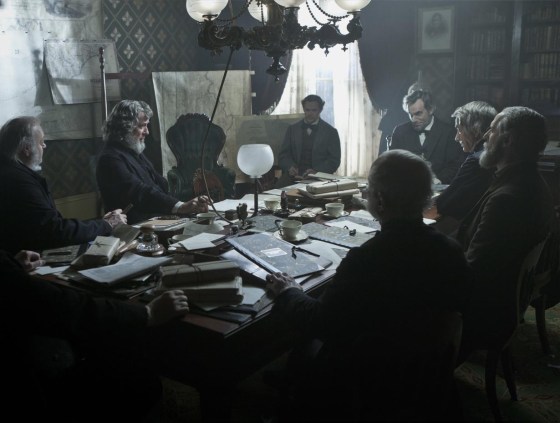 The nitty-gritty of greatness.

Over the weekend, I experienced the polar opposites of cinematic achievement: First, AT&T was having a free weekend for premium channels, and while I recorded a number of films I expect to enjoy, one of those channels also showed David Lynch’s execrable “Dune.” I had not watched it since that bitterly disappointing night in 1984 in a Jackson, TN, theater when it first came out. Those few minutes I watched over the weekend convinced me that it wasn’t just that my expectations had been so high at the time. This actually was the worst film I’ve ever seen in my life. Every line of dialogue, every visual touch, every gratuitous plot change from the book (“weirding modules”? Are you kidding me?), was so bad it had to be as intentional as those revolting pustules the make-up people put all over the Baron Harkonnen’s face (something else that wasn’t in the book). Every aspect of it was horrible.

So it was very nice, Sunday evening, to wipe that away by seeing one of the finest new motion pictures I’ve seen in years: “Lincoln.”

Everyone should see this. Every American should, anyway, because it tells so much about who we are and what led to our being what we are. And it tells us something I think we’ve forgotten, which is that great things can be accomplished through our system of representative democracy, even when the barriers and stakes are far greater than anything we face in Washington today.

I could go on and on about the way Daniel Day Lewis inhabits Abraham Lincoln and eerily embodies everything I’ve read about him, or how Spielberg has honed his craft to the very limits of film’s ability to tell a coherent story, while simultaneously making you feel like you’re looking through a time portal at the actual events.

But I’ll just zero in on one thing that contributed to making it so good: The political realism. Most specifically, the way the film not only avoids the temptation to make everything appear to be morally black or white, but rubs your nose in the messiness of real decisions made in a real world.

The main narrative has to do with Lincoln, after his second inauguration, pulling out all the stops to get the House to pass the 13th Amendment, which made slavery unconstitutional. To get the two-thirds, he needs at least 20 more votes even if every Republican supports the measure. This means not only peeling off some Democrats, each defection like pulling teeth out of a dragon, but somehow keeping the peace among the radicals (such as Thaddeus Stevens, played by Tommy Lee Jones) and conservatives (such as Preston Blair, played by Hal Holbrook) in his own party.

Every stratagem is used, starting with the hiring of some sleazy political operatives (I was amazed to realize after I saw the film that that was James Spader playing lobbyist W.N. Bilbo) to employ every trick they can come up with, starting with raw political patronage and moving on from there. (A key part of the strategy involved offering jobs in the second Lincoln administration to lame-duck members of the other party who had just lost their bids for re-election, but not left office yet.) The Lincoln team even stoops to a half-truth — told by Honest Abe himself — at a critical moment to keep the coalition from blowing up.

It’s very, very messy. No plaster saints here, and feet of clay all over the place. Yet through it all, the ultimate nobility of what is being done, in spite of all the odds, shines through irresistibly. We see how politics, with all its warts, can accomplish magnificent things. At a moment when Democrats and Republicans can’t even seem to do a simple thing like keep from going over a “fiscal cliff” with their hands around each others’ throats, we see how politicians (and they evince all of the worst things we think of when we use that term) can accomplish something great, even when (or perhaps, because?) the stakes are so much greater.

This film not only doesn’t flinch at moral complexity; it wallows in it, to wonderful effect. An excellent example is the scene in which Lincoln muses aloud before his team about all the convoluted, mutually contradictory, logical and constitutional boxes he put himself and the nation in when he decided to issue the Emancipation Proclamation. And the tension builds as we come to fully understand why the Amendment — which would fulfill the dream of freedom that the Proclamation could not — must be passed NOW, before the war ended. And we share Lincoln’s intense, focused urgency.

No significant aspect of Lincoln’s public character is missing from this portrait, including the delight that both he and his audiences took in his jokes. (But not all the people all of the time — Secretary of War Edwin Stanton storms out rather than listen to a funny story at a tense moment.) And at the end, after all the deal-making and maneuvering and fiddling and pushing and pulling and playing to venality and petty egos — one is left believing that Abraham Lincoln was a greater man than any marble statue could ever convey. I don’t know how to explain to you how the film achieves that; it just does.

I suppose there will be some people who just don’t get it — black-and-white, concrete thinkers who will be disturbed at the honest portayal of the messiness of politics as it was practiced in 1865. The neo-Confederates who think the Lincoln would originally have kept slavery if he could preserve the Union is some sort of great “gotcha” won’t get it. Nor will those like the local political activist who, a few days ago, said on Facebook that “Lincoln was not a good man” because his attitudes about racial equality weren’t a perfect match for those of a 21st-century “progressive.”

But seeing “Lincoln” may be among the best chances they’ll ever have to see that reality is broader, and often more inspiring, than their narrow perspectives on it. 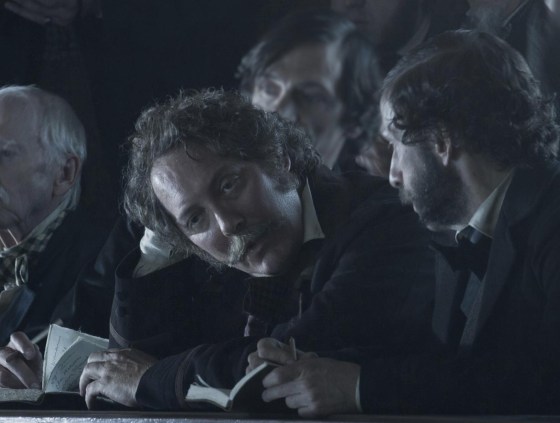 No-holds-barred 19th-century lobbying in all its grubby glory.