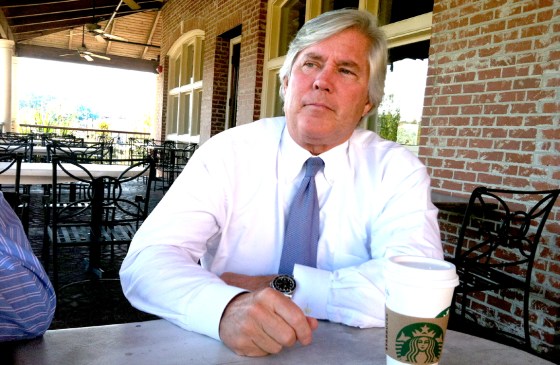 UPDATE: Heads up! WLTX just reported via an alert on my phone (although I can’t find it on their website) that Kirkman Finlay III is now the winner.

So disregard all that stuff I said below speculating as to why Joe McCulloch won. At least, until we hear yet another correction.
This Richland County voting mess is such an embarrassment…

UPDATE TO THE UPDATE: This thing is a mess. Here’s a brief explanation of the differing stories out there.

Actually, that headline isn’t quite right. There were a number of electoral contests I wanted to get to and didn’t. Nikki Setzler’s battle against an ideological extremist who spent loads of money trying to assassinate his character, for instance. Or the race to replace Phil Leventis in the Senate (which I only touched on from a distance). There were others as well, but since I don’t do this full-time, it’s hard to get to them.

In fact, the only local race in which I actually sat down with the competitors and interviewed them and wrote about it was the one between Beth Bernstein and Joan Brady, and I just barely got that done in the last few days. Which is pathetic, but as I say, I don’t get paid a salary to do this anymore.

Anyway, what I’m referring to in the headline is one that I almost got to, but not quite.

At the last minute, I tried to get interviews with both Joe McCulloch and Kirkman Finlay III about their contest to replace Jim Harrison in SC House District 75. I got together with Joe, at the Starbucks in Five Points, but after a number of calls and emails back and forth last week, somehow the Finlay interview never happened.

And I just didn’t think  it was quite fair to present McCulloch’s side and not Finlay’s. I debated back and forth about going ahead, but in the end ran out of time anyway.

I actually chose those two House races because I wasn’t sure which of the candidates in each of those I preferred. I’m still not sure about the District 78 race, although I congratulate Beth Bernstein on her victory. I think I would have ended up favoring McCulloch (who also won), but I don’t know, since I never sat down with Kirkman. I knew whom I preferred in other local  contests — John Courson, Setzler  and McElveen (and the voters in those districts agreed with me, apparently).

One thing sticks in my mind most clearly about the interview with Democrat Joe McCulloch — he stressed that he has lived in the district for all of his 60 years. I suspect that was a factor in his apparent victory in a district that’s been in the Republican column for quite some time. (I suspect something similar was at work in Setzler’s victory over Deedee Vaughters, particularly in Lexington County.) He said he’s practiced law in the community for 35 years, and “I’ve had the fortune to have a law practice that’s been eventful and high-profile.”

Mr. McCulloch described his campaign as a “ground game” versus Finlay’s “air game” — walking the district and talking to voters as opposed to spending money on TV ads. Aside from the usual door-knocking, he held two or three events a week with small groups in the district’s neighborhoods, generally in private homes.

As I have done over the years in such interviews, I asked what he’s hearing from those voters. It was fairly typical stuff — people are sick of nasty politics, tired of people substituting ideology for effectiveness on issues that matter.

He noted that this was one of the wealthiest, best-educated districts in the state, and had large numbers of people who don’t just pull the lever for a party, which he saw as accruing to his benefit. “The same people that believe John Courson should be re-elected are the people that are voting for me.”

I don’t know whether that was the key to his success or not. All I know is that it appears at this point that he will be the victor. 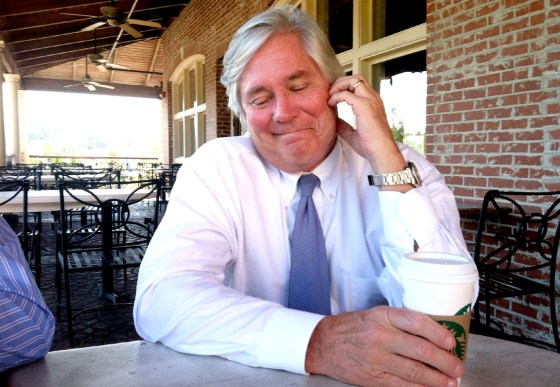