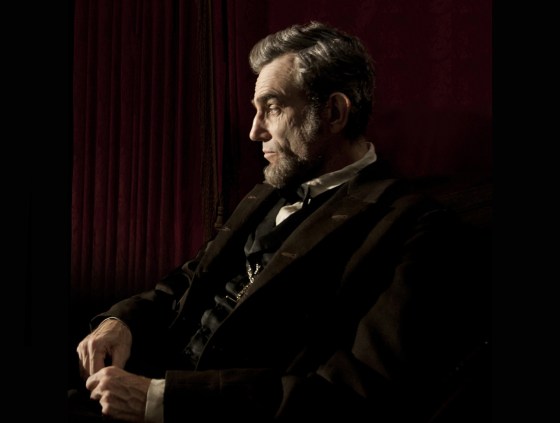 I was really impressed to read about these details in Steven  Spielberg’s “Lincoln:”

That pure, unadulterated tick is the sound of an original watch that Lincoln carried.

“I heard the actual pocket watch existed,” Spielberg said in an interview with The Post, “and I wanted to know whether they’d let us wind it and record it. I didn’t know if they would, and they did. I thought that was very important. So, every time you hear that little ticking in the story, that’s Abraham Lincoln’s actual pocket watch.”

Spielberg dispatched a team to find other sounds that surrounded Lincoln in his final days. They collected the ring of the bell at the church Lincoln attended, the squeak of latches at the White House, the snatch of Lincoln’s carriage door, the weight of boots as a weary Lincoln walked through the White House, the creak of a seat from which he rose…

Reminds me of a story I heard about “Mad Men.” The cousin or nephew or something of one of my wife’s best friends had a bit part in the opening episode of last season. Remember when some young white jerks from a rival agency were dropping bags full of water on civil rights demonstrators down on the street? He was one of the young white jerks. Anyway, the interesting thing was the way they impressed upon him that he must not, under any circumstances, spill the water on any of the props in the office set. Because everything, down to the paper clips, was authentic, real like-new items from the mid-60s.

But these sound details seem to go beyond that. Too bad I’m losing my hearing.

Looking forward to seeing “Lincoln,” but I want to finish reading Team of Rivals first. I’m only a couple of hundred pages into it so far…

22 thoughts on “The sound of authenticity”