I thought y’all might be interested in this perspective on gun control from Amitai Etzioni, who is sort of the godfather of the rather modest communitarian movement in this country. An excerpt: 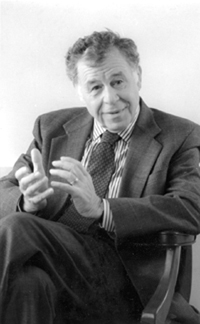 We should not wait for our elected officials, in President Obama’s good words, “to come together and take meaningful action to prevent more tragedies like this, regardless of the politics.” We should do our share. One way to proceed is to mark our homes, apartments and condos, with a “gun free” sign. Parents should notify their friends that they would be reluctant to send their child over for a play date unless the home was safe from guns. Residential communities should pass rules that ban bringing guns onto their premises, clearly marking them as gun free.

Anyone who puts up such signs will become an ambassador for gun control, because they are sure to be challenged by gun advocates to explain their anti-gun positions. Here are some pointers they may wish to use against the typical pro-gun talking points.

• Tragically, it is the case that there will always be dangerous individuals, but they can kill a lot more with easy access to guns. On the same day as the massacre in Newtown, Connecticut, a knife-wielding man targeted a primary school in a Chinese village. Twenty-two children and one adult were wounded, but none were killed.

“Guns deter crimes and save lives.”

• Of the 30,000 gun deaths in America every year, only 200 are caused by self-defense. Studies have shown that a higher rate of gun ownership is correlated with higher rates of homicide, suicide and unintentional shootings. The U.S. has a firearms homicide rate 19.5 times higher than the combined rate of 22 high income countries with similar non-lethal crime and violence rates…

Note the emphasis on community-based solutions — starting in one’s home and workplace, engaging one’s neighbors in debate. Very much based in faith in engaged communities.Very different from the “50 percent plus one” forced solutions that left and right tend to jockey for…

Not that a communitarian would object to more reasonable laws regarding guns. As Etzioni says, “No right is absolute. Even the right to free speech, considered the strongest of them all, is limited. You cannot shout ‘fire’ in a crowded theater — precisely because it endangers life.”

21 thoughts on “A communitarian view on gun control”