This just in from Eva Moore over at the Free Times: 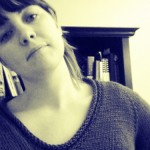 The developer who planned to build a Walmart on Assembly Street says the company has pulled out and he’s searching for another anchor tenant.

Matt Sasser of the Atlanta-based development company Bright Meyers says he has some new anchor tenants in mind but isn’t ready to talk about them yet. He hopes to have one secured by the end of January…

Dang. So there’s going to be a controversial shopping facility of some kind, but now there’s not going to be a handy downtown Walmart.

That sort of seems like the worst of both worlds, but maybe I’m looking at it wrong…

26 thoughts on “Free Times: No Walmart in the old ballpark”