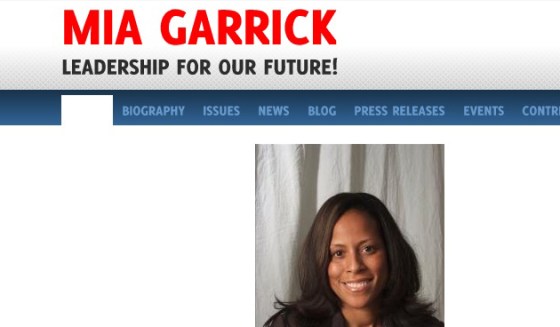 How we knew her before

In case you needed a program to keep up with the players in the ongoing Richland County election debacle saga, take note that one of the key players just changed her name:

What’s In A Name?

Everything. Our names are a reflection of who we are, the strength of our word and the depths of our character.  After losing my Mom years ago and my Dad just last year, I began to embark upon a more introspective phase of my journey…one that has not only revealed more to me about their legacies, but my own.

I’ve always believed that God blesses us so that we can be a blessing to others.  And as I rely on His strength and draw from the lessons I’ve learned from my Mom & Dad, I’m convinced now more than ever, that “to whom much is given, much is required.”

That’s why I take my responsibilities as your House District 79 Representative very seriously, and have since you first elected me in 2010.  Each of you has become a part of my extended family, and I will always put your interests first.

I’m grateful to have come from “good stock.”  My parents are never far from my thoughts and always with me in spirit.  I am who I am because of them, and I wouldn’t take anything for my journey.

Our family-owned business will celebrate 100 years of service in 2014, and I couldn’t be more proud of my family’s commitment to and love for our community.  So as I reflect upon who I am and upon whose shoulders I stand, I realize that I’m blessed to have a name that means so much.

That name is McLeod…and with it comes a rich history and proud legacy that truly reflects the boldness, the passion, the compassion and the strength that I draw from daily to fight for you.

McLeod is my maiden name and the most authentic depiction of who I am.    With my family’s blessing, I have decided to return to the name that truly represents me, so that I can continue to truly represent you.

Many of you already know and refer to me as “Mia.”  While my last name may be changing, I’m the same person you’ve gotten to know over the last two years.   And as we continue to work together, there’s no limit to how much we can accomplish in the next two.

As we prepare to bring 2012 to a close, I wish you and your family a safe, peaceful and joyous holiday season…

… which has me confused. I initially knew her as Mia Butler. Her first announcement that she was running for the seat being vacated by Anton Gunn used that name, and that’s what I called her when I interviewed her for the late lamented “Brad Show.”

Then, she started calling herself “Mia Garrick.” Which made me think that “Butler” was her maiden name. Anyway, for a long time after that I referred to her as “Mia Butler Garrick.”

But now I’m corrected. I guess.

Interestingly, this release comes on a morning when she has just appeared prominently in a front-page story in The State, referred to five times as “Garrick.”

That story paints her as being on one side of a generational divide among black Democrats in the county, with Sen. Darrell Jackson standing as an emblem of the Old Guard.

Which is really ironic. It wasn’t very long ago (OK, it doesn’t  seem like long ago to ME, although I guess it’s been almost 20 years now) that Darrell Jackson was the Young Turk who was seen as too big for his britches by older black pols who felt he hadn’t paid enough dues to be heard. They were quite indignant about it. They seemed to believe that as a new senator he should be seen, but not heard from.

Now, he’s the Mustache Pete. I guess we’re all getting older…

The logo that was attached to today's release.