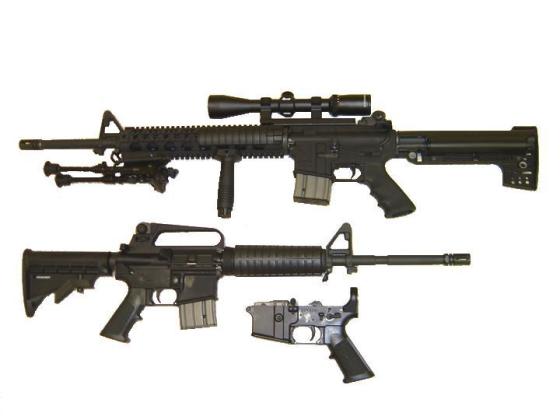 Earlier in the week, we saw this release from the NRA:

National Rifle Association of America is made up of four million moms and dads, sons and daughters—and we were shocked, saddened and heartbroken by the news of the horrific and senseless murders in Newtown. Out of respect for the families, and as a matter of common decency, we have given time for mourning, prayer and a full investigation of the facts before commenting. The NRA is prepared to offer meaningful contributions to help make sure this never happens again. The NRA is planning to hold a major news conference in the Washington, DC area on Friday, December 21.

… which kind of made it sound like the gun lobby, sensing a change in mood in the country, even among some traditional allies, was willing to concede something, give some ground, agree to something it would never have agreed to before. I mean, that’s what “The NRA is prepared to offer meaningful contributions” sounds like to most people.

Here’s what they came up with today:

WASHINGTON—The nation’s most powerful gun-rights lobby called Friday for armed security guards in schools, saying that children had been left vulnerable in their classrooms.

Wayne LaPierre, executive vice president of the National Rifle Association, said that “the monsters and the predators of the world” have exploited the fact that schools are gun-free zones. Other important institutions—from banks to airports to sports stadiums—are protected with armed security, he said, but this country has left students defenseless.

So basically, their response to the nation’s concern over all those guns out there is… more guns. That, and gun-lover buzz phrases: “The only thing that stops a bad guy with a gun is a good guy with a gun.” It would never occur to the NRA that maybe, just maybe, an even better solution would be to keep the bad guy from getting a gun to begin with. There’s a whole lot less crossfire that way, for one thing.

Mind you, I’m not entirely against the idea of armed officers in schools. Mainly because, as I’ve said before, I think the likelihood of gun control measures that would really, truly keep guns out of the hands of bad guys is next to nil. It’s an economic problem. There are just too many guns out there chasing too many tragedies. Think chaos theory gone mad.

But I also think that’s not going to happen. For every extreme gun nut out there — the kind who sits up late oiling and stroking his weapons and whispering pet names to them, and thinks government exists to threaten his “freedoms” — there’s a corresponding gunophobe who goes weak in the knees at the very sight of anything that looks like a firearm, who gets chills down the spine at the idea of being within range of one, even in the hands of cops. And a lot of those folks in the latter groups have little kids in school, and would have an absolute stroke at the idea of any sort of firearms in the vicinity of their children. (And this week, it’s a little hard to argue with their emotional response.)

Beyond that, though, my real objection is this: The NRA’s utter unwillingness to say, “Here’s something we’re willing to give up.” This was a moment for doing that. Something, anything, however marginal or minimal in impact, that said “fewer guns” rather than “more guns.”

But the folks at the gun lobby seem to be genetically incapable of that. Or something.

16 thoughts on “Surprise! The NRA concedes nothing”