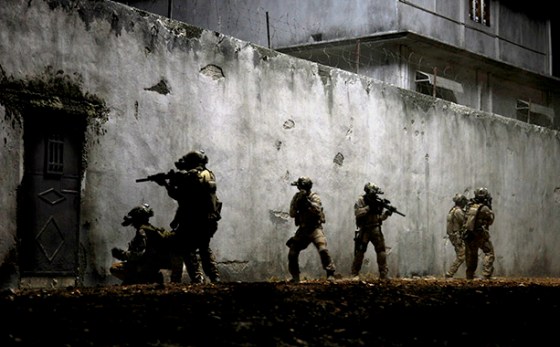 OK, I think I’ve got it straight now.

I had thought that the official GOP position was that “Zero Dark Thirty” was the result of an unholy relationship between the filmmakers and the Obama administration, meant to aggrandize the latter.

I had seen Sen. John McCain’s criticism of that film as overlapping somewhat with that position, although I also saw it as consistent with his principled, and very personal, opposition to torture.

I was vaguely inclined toward emphasizing the latter reason for McCain’s objections over the former, because I had heard that Democratic Sens. Dianne Feinstein and Carl Levin were joining McCain in his criticism of the movie.

Anyway, the editorial board of The Wall Street Journal stepped in today to straighten me out and clarify the partisan battle lines over the film:

You know it’s a bad day in America when Hollywood seems to have a better grip on intelligence issues than the Chair of the Senate Intelligence Committee and the top two Members at Armed Services. The film depicts the “enhanced interrogation techniques,” or EITs, used on the detainees held at the CIA’s so-called black sites, and hints that the interrogations provided at least some of the information that led to bin Laden’s killing.

What Ms. Bigelow intended by depicting the EITs is not for us to explain: This is an action flick, not a Ken Burns documentary. Yet the mere suggestion that such techniques paid crucial intelligence dividends—as attested by former Attorney General Michael Mukasey and former CIA Director Michael Hayden, among many others—has sent Mrs. Feinstein and her colleagues into paroxysms of indignation. They even have a 5,000-plus-page study that purports to prove her case…

One day, perhaps, some of our liberal friends will acknowledge that the real world is stuffed with the kinds of hard moral choices that “Zero Dark Thirty” so effectively depicts. Until then, they can bask in the easy certitudes of a report that, whatever it contains, deserves never to be read.

So, in the never-ending partisan argument, which requires that everyone take one of two (and only two) directly opposing positions, apparently opposition to the movie is officially a Democratic, liberal position, and John McCain’s agreement with that position is designated as just one of his “maverick” positions.

Whatever. I still sympathize with McCain’s objection to our nation embracing torture on any level.

And… I still look forward to seeing “Zero Dark Thirty.”