Just got a release from CAIR on this subject:

(WASHINGTON, D.C., 1/3/13) — The Council on American-Islamic Relations (CAIR) today distributed a commentary urging media outlets to drop the term “Islamist” because it is “currently used in an almost exclusively pejorative context.”…

In this connection, the group offered an op-ed from Ibrahim Hooper, CAIR’s national communications director. Here are the first few grafs:

As many people make promises to themselves to improve their lives or their societies in the coming year, here is a suggested New Year’s resolution for media outlets in America and worldwide: Drop the term “Islamist.” 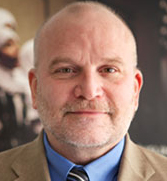 The Associated Press (AP) added the term to its influential Stylebook in 2012. That entry reads: “Islamist — Supporter of government in accord with the laws of Islam. Those who view the Quran as a political model encompass a wide range of Muslims, from mainstream politicians to militants known as jihadi.”

The AP says it sought input from Arabic-speaking experts and hoped to provide a neutral perspective by emphasizing the “wide range” of religious views encompassed in the term.

Many Muslims who wish to serve the public good are influenced by the principles of their faith. Islam teaches Muslims to work for the welfare of humanity and to be honest and just. If this inspiration came from the Bible, such a person might well be called a Good Samaritan. But when the source is the Quran, the person is an “Islamist.”

Unfortunately, the term “Islamist” has become shorthand for “Muslims we don’t like.” It is currently used in an almost exclusively pejorative context and is often coupled with the term “extremist,” giving it an even more negative slant…

Look, I sympathize with people who feel like their group is marginalized or misunderstood. But I’m sorry, “Islamist” has a clear meaning in newswriting, one that the AP set out quite well. It most assuredly does not mean “Muslims we don’t like.”

What it does mean, and what professional journalists are careful to use it to refer to, is someone or something based in a worldview that holds “the Quran as a political model.” It’s about theistic government (which is not the same as being influenced by the principles of one’s faith in seeking to serve the public good, although of course the two things can coincide). If that comes across as pejorative, that’s because in the West, we believe in pluralistic government that neither dominates, nor is dominated by, a particular faith. So yeah, even when we’re not talking about an Islamist extremist (another very useful word, which by its employment lets anyone who understands English know that not all Islamists are extremists), we’re talking about someone whose political views are fairly inimical to values we hold as fundamental.

“Islamist” is also useful from an American context (since we do distinguish between the political and the religious) because it allows us to separate the political viewpoint from Islam itself. It’s important to most of us to respect the faith, even as we disagree with the idea of its being used as a basis for government.

Distinctions are important. “Islamist” allows us to make distinctions. I’d be surprised, and disappointed, if any news organizations respond as CAIR asks here.

13 thoughts on “No, actually, ‘Islamist’ has a pretty clear meaning”