This, “Letters of Note,” is a pretty cool site that was first brought to my attention several days ago. The letter in question was one that a 16-year-old Sidney Poitier wrote to FDR asking him for a $100 loan to help him get back home to Nassau. He promised to pay it back. Poitier had come to this country, alone, at 15 with nothing, and was ready to pack it in. This was before he discovered acting.

He didn’t get the loan, of course. Which is why we’ve heard of him.

Today, I see another such letter — written with a similar intent — from a kid in Irmo. He wrote it to Ronald Reagan, but unlike Poitier, he got a reply from the president. I guess, when you’re a Republican, you sit up and take notice when someone from Irmo writes.

Seventh-grader Andy Smith wrote as follows to the president in 1984:

Today my mother declared my bedroom a disaster area. I would like to request federal funds to hire a crew to clean up my room.

Your application for disaster relief has been duly noted but I must point out one technical problem: the authority declaring the disaster is supposed to make the request. In this case your mother… 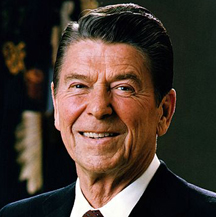 May I make a suggestion? This administration, believing that government has done many things that could better be done by volunteers at the local level, has sponsored a Private Sector Initiative program, calling upon people to practice voluntarism in the solving of a number of local problems.

Your situation appears to be a natural. I’m sure your mother was fully justified in proclaiming your room a disaster. Therefore you are in an excellent position to launch another volunteer program to go along with the more than 3,000 already underway in our nation—congratulations.