I was a bit surprised that I received an email announcing that Bill Maher will appear in Columbia from… Amanda Loveday, executive director of the S.C. Democratic Party.

Then I saw why: 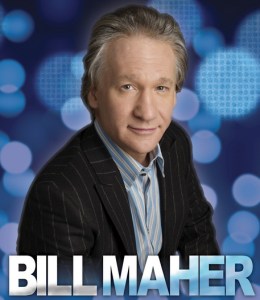 The South Carolina Democratic Party will be hosting a fundraiser and pre-show reception in conjunction with show and invite you to join in the company of fellow Democrats, food, drinks and premier seating.  Click here to buy tickets to the show and take part in the pre-show reception.  Tickets are limited and they will be offered on a first come, first serve basis.

What was missing from the release was anything that might answer the burning question: Why on Earth would Democrats in South Carolina want to link themselves to Bill Maher?

It really kind of floors me. The guy is sort of a modern apostle of incivility. His whole shtick is about being obnoxious.

I’m not alone in thinking this. When I mentioned in a post awhile back that I was sorta kinda almost agreeing with Maher about something, and how rare that was, we had an extended discussion, and only one person didn’t find the guy (at best) off-putting. That was Phillip, which sort of surprised me, Phillip being such a thoughtful guy who deals respectfully with those with whom he disagrees. Unlike Bill Maher.

More typical were the comments from Kathryn Fenner:

Bill Maher has that tone of dripping sarcasm and snide condescension, and he did a lot to hinder the cause of vaccinations with his ridiculous campaign. What a jerk!…

Bill Maher divides people and turns off a lot of people who otherwise might agree with him. Jon Stewart and Stephen Colbert do a far better job of saying what needs to be said and possibly winning converts to their point of view.

Maher would be far more effective if he’d get over himself: stop trying to establish his superiority and disdain for those beneath him and just stick to his point….

His “humor” is of the tripping somebody or otherwise humiliating somebody kind that most of us out grew in junior high, if we ever found it funny…

So, I ask again: Why would Democrats in this state want to link themselves so directly to someone this unlikable?

The simple answer might be: Dick Harpootlian. But still…

24 thoughts on “Why would SC Dems want to link themselves to Bill Maher?”