SC House Republicans yesterday killed the first attempt to expand Medicaid in keeping with Obamacare, promising that today they would unveil a Plan B that addresses South Carolina’s “core problem.”

Hey, I’ll tell you what South Carolina’s “core problem” is, at least with regard to this issue and ones like it: We keep trying to secede from the union again. Or, to spell it out more specifically, we keep pretending that decisions already made on the national level haven’t been made, and that we have rational options when we really don’t.

There is a plan in place, a national plan. It will proceed. It is a fact. And trying to come up with a separate SC approach is duplicative and wasteful at best, and smacks of nullification at worst.

Actually, that’s not the worst thing. Yeah, the fact that some prominent SC Republicans, in the 21st century, unabashedly embrace nullification, by that name — no euphemisms — is pretty appalling. But what’s worse is that lawmakers would throw down roadblocks to citizens in SC getting any benefit from Obamacare, which with all its warts is the only game going in healthcare reform.

The House GOP can come up with a Plan B that is brilliant, and has everything in it you would want a health care plan to have. I’d be shocked if they did that, but let’s suppose they do. It doesn’t change the fact that Obamacare is, and that it’s crazy not to take the federal money that would help us extend coverage to more South Carolinians who need it.

Cindi Scoppe, as usual, put it well in a recent column.She said Tony Keck, Nikki Haley’s director of Health and Human Services, had some good ideas for alternative ways to deal with Medicaid, ideas that make more sense than what the feds want to do. But in the end, she said, SC has to deal with reality:

if I could redesign our health-care system, I’d do it Mr. Keck’s way.

But here’s the thing: I don’t have that power. And neither does he. Or the governor. Or anyone else in South Carolina…. 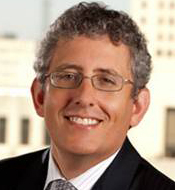 The problem is the way Medicaid in general, and the Medicaid expansion in particular, is funded. The federal government will pay $9 for every $1 South Carolina spends to expand Medicaid to cover more of the working poor; it will pick up 100 percent of the cost for the first three years.

What this means is that South Carolina and other states do not have the luxury of behaving logically, of considering merely where we get the best health per dollar spent….

We can argue all day about whether the rules under which states must operate Medicaid make sense (and I think many of them do not), or whether creating the Medicaid expansion program was something the federal government should have done.

But it won’t make a difference, because it’s done, and South Carolinians are going to help pay for the Medicaid expansion throughout the country. The only choice we have — the only choice — is whether or not we will allow the federal government to send any of our money back to us.

Railing against Obamacare, and pursuing alternatives that ignore reality, will get South Carolina nowhere. This is reminiscent of Mark Sanford’s stubborn refusal to accept stimulus money that was either going to come to South Carolina or go to some other state. Sanford had no say over whether the money would be spent. And SC has no alternatives that make sense in this case.

Hey, I can come up with a better plan than Obamacare, too. That doesn’t mean it’s going to happen. The decision, after generations of national hemming and hawing, has been made. It’s foolish to pretend otherwise.