Speaking of people who sort of seem like they’re running for higher office, here’s the latest missive from Mia McLeod: 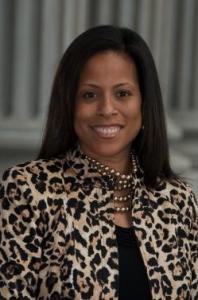 So what separates her from a growing list of anti-Obama Governors who have recently decided to expand Medicaid in other states? Common sense and compassion, for starters.
And if South Carolina refuses to expand healthcare coverage, here’s a glimpse of the impact on hard-working folks like you:

Higher medical costs – as the uninsured forego preventive care and are forced to seek medical care in the emergency room, hospitals will be forced to shift those costs to insured individuals and employers.
Less independence – as our seniors, veterans and disabled citizens forfeit access to home health and other medical care, it’ll be extremely difficult for them to lead independent lives.
Fewer options – as our state refuses federal funding to the tune of 100% for the first 3 years, neighboring states will gladly accept and use our federal tax dollars to cover their uninsured.
Poor quality of life – as hard-working folks forfeit medical care they need to live longer, healthier lives, our state misses opportunities to be more proactive, productive and economically sound.

But this is South Carolina. Obviously, expanding Medicaid makes sense, but don’t take my word for it. Here’s what Republican Governors (in other states, of course) are saying…

“No mother or father should despair over whether or not they can afford — or access — the health care their child needs. Quality health care services must be accessible and affordable for all — not just those in certain zip codes or tax brackets,” said outspoken Obamacare critic and Florida Governor, Rick Scott, as he reflected on the death of his mother and her struggle to raise five children with little money, while worrying constantly about having family health coverage.

Arizona Governor Jan Brewer also made national headlines when she supported Medicaid expansion, acknowledging that it would lessen the impact of uncompensated care that drives up medical costs to hospitals and taxpayers.

New Jersey Governor Chris Christie has said, “Let me be clear, I’m no fan of the Affordable Care Act…” but it’s “now the law of the land,” acknowledging that rejecting it would mean that New Jersey’s tax dollars will be spent elsewhere.

While Nevada Governor Brian Sandoval was the first Republican governor to officially embrace Medicaid expansion, his decision seemed to be based primarily upon the recognition that it wouldn’t be wise to forego an infusion of federal dollars into his state’s economy.

The same is true for South Carolina. Are you listening, Governor Haley? (Oops! rhetorical question…)

Our Governor has said that SC can’t afford to expand Medicaid. With 100% federal funding for the first 3 years and 90% thereafter, how can we afford not to? It creates over 40,000 jobs, covers over 250,000 uninsured South Carolinians, infuses our state’s economy and improves our quality of life and health.

So while she focuses on restricting foods purchased using federally funded programs like WIC and SNAP (in the name of obesity prevention) or “disease” designations for obesity, here’s an idea…

Let’s expand healthcare coverage so that South Carolinians who struggle with obesity and other medical conditions can get quality, affordable healthcare that focuses on prevention and treatment to help them live longer, healthier, more productive lives.

This isn’t a partisan issue. We all want the strongest military, the best schools, quality, affordable health care, meaningful job opportunities and the ability to live, work and age with dignity. Part of government’s role is to help ensure that every citizen has access to healthcare because a healthier population is a huge, proactive step towards a stronger workforce and business community, improved quality of life and more vibrant economy.

South Carolina is only as strong as its weakest. If our state’s leaders lack the collective compassion and courage to expand healthcare coverage to “the least of these,” the biggest losers won’t just be the uninsured. South Carolinians, insured and uninsured, will pay the ultimate price. Our state will be the biggest loser. But wait…isn’t that what we’ve been since we elected her 3 years ago?

Governor Haley was elected to represent all of us. The sooner she and her party’s leaders “swallow that pill,” the healthier we’ll all be…

9 thoughts on “Mia McLeod on Medicaid expansion in SC”