This just gets wilder:

BOSTON — The two suspects in the Boston Marathon bombings led police on a wild and deadly chase through the suburbs here early Friday morning that ended in the death of one of the suspects as well as a campus police officer; the other suspect remained at large while hundreds of police officers conduct a manhunt through Watertown, about five miles west of downtown Boston. 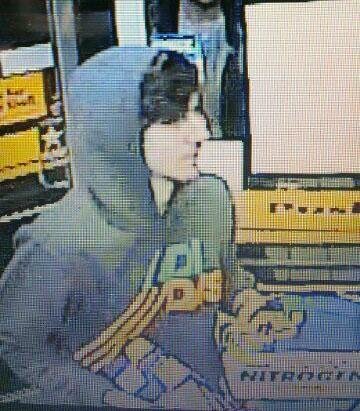 The one police identify as Dzhokhar A. Tsarnaev, at large.

The pursuit began after 10 p.m. Thursday when two men robbed a 7/11 near Central Square in Cambridge. A security camera caught a man identified as one of the suspects, wearing a gray hoodie.

About 10:30, police received reports that a campus security officer at M.I.T. was shot while he sat in his police cruiser. He was found with multiple gunshot wounds, according to a statement issued by Middlesex Acting District Attorney Michael Pelgro, Cambridge Police Commissioner Robert Haas, and MIT Police Chief John DiFava. The officer was taken to Massachusetts General Hospital, where he was pronounced dead.

A short time later, police received reports of an armed carjacking of a Mercedes SUV by two males in the area of Third Street in Cambridge, the statement said. “The victim was carjacked at gunpoint by two males and was kept in the car with the suspects for approximately a half hour,” the statement said. He was later released, uninjured, at a gas station on Memorial Drive in Cambridge.     …

One report I saw they just killed the MIT officer execution-style, no chance.

What sequence of events has loosed mad, bloodthirsty Chechen brothers onto the streets of Boston?

I’m going to be traveling today but will try to check in. Y’all have at it…

89 thoughts on “1 bombing suspect dead, the other at large after shootout”