The Washington Post‘s “Post Partisan” blog brought my attention to something I had missed — that our own Laurin Manning was back in the SC blogosphere. Jonathan Capehart of the Post quoted what Laurin had to say about Mark Sanford’s ridiculously narcissistic full-page advert in the Charleston paper over the weekend. As Laurin wrote:

On Sunday, just days after the horrific Boston Marathon bombings and subsequent events that left three people dead, hundreds wounded, and a nation in shock — and just days after the explosion of a Texas fertilizer plant that killed thirteen people and injured hundreds more — Mark Sanford bought a full-page newspaper ad in the print version of Charleston’sPost & Courier to tell us just what a bad week *he* had. 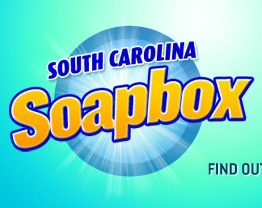 Yep, that sounds like Mark Sanford, all right. The poor guy. It’s a wonder he wasn’t invited to speak at one of the funerals of the Boston bombing victims. He could have really cheered up the mourners by saying, “You think this is bad? Let me tell you about my week…”

Anyway, it’s great to see that Laurin — one of my very first blogging friends — is back on the job after a nearly two-year hiatus. Here’s how she announced her return last month:

It’s been a while, y’all. Almost two years! I stopped writing when I moved to Washington, DC to work at a software company called Salsa Labs and then at a Democratic organization called American Bridge through the 2012 election. Back in South Carolina figuring out what’s next — hopefully something around these parts. Don’t know how much writing I’ll have time to do on here, so I’m not making any promises, but we’ll see…

Well, I hope we will see. Here’s hoping she sticks around longer than she did after her last return. Welcome back, Laurin!

20 thoughts on “Laurin Manning on Mark ‘Poor Me’ Sanford”