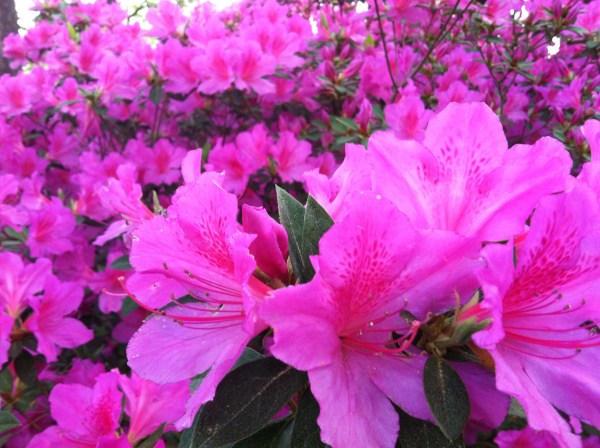 I shot the above photo with my phone this morning. It’s the same azalea hedge that I shot in the below picture a month ago. It runs next to my driveway and sort of walls off my backyard from the street.

What a difference a month makes. Which reminds me. I need to get out a hose and wash the thick coat of pollen off my car… 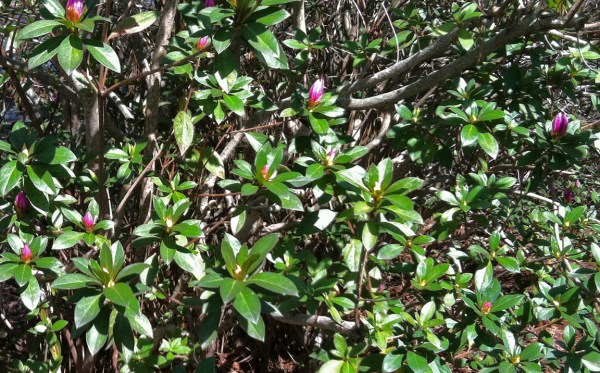 5 thoughts on “There’s no going back now; spring is inexorably here”