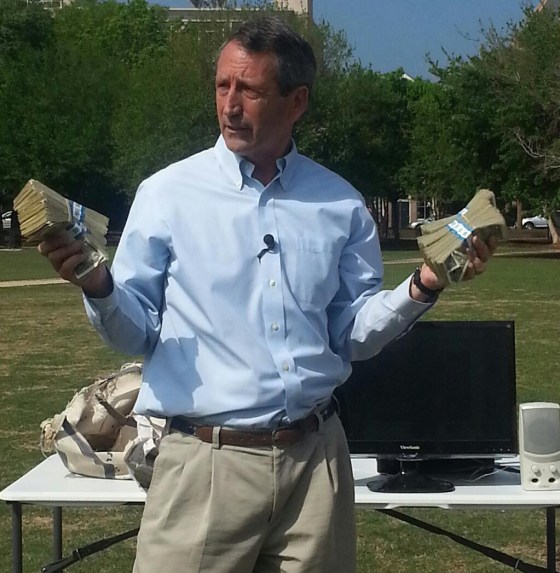 You would think that, after standing on a public street pretending to “debate” a life-sized photograph of Nancy Pelosi, Mark Sanford would realize that he had embarrassed himself in three ways:

After so thoroughly striking out with this shtick yesterday, you’d think Sanford would abandon it. But above you see a picture of him Tweeted by Stacy Jacobson with the ABC affiliate in Charleston. Her explanation of the picture:

Sheesh. Never mind that, as an image, it evokes the photo that so embarrassed Mitt Romney.

That’s our former governor. When he finds a way to make himself look silly, he shticks with it…

53 thoughts on “Sanford’s continuing with the Nancy Pelosi shtick”