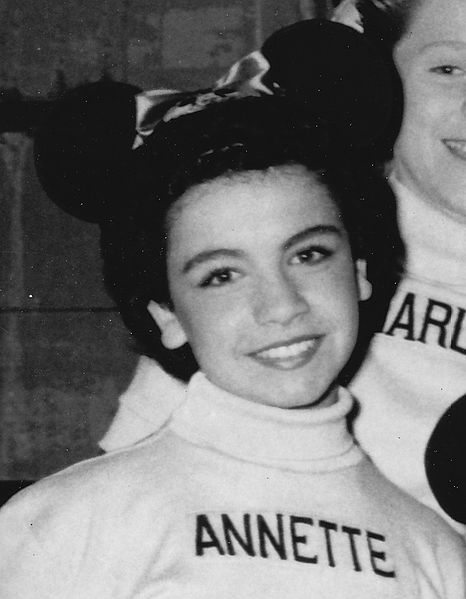 Long before there was a Cher, or a Madonna, or a Sting, there was Annette, who preceded them all in needing no surname. Even “Elvis” had “Presley” attached more than Annette used “Funicello” in the early days.

That’s because she was the most famous of the Mouseketeers, and I mean the original, real Mouseketeers, not the latter-day imitations.

We expected the passing of Margaret Thatcher; that movie with Meryl Streep made it seem imminent. But Annette, leaving us at 70, was more of a shock.

I suspect you have to be almost exactly my age — one whose preschool years were entirely contained within the ’50s — to get this completely. Later, seeing her in the beach movies, I’d form another picture of her, and that one probably stuck better — that of a young woman rather than a child, although still a squeaky-clean image. (Alas, she was not my favorite character in those films; that honor belonged to Eric Von Zipper.)

John Updike used a passage, early in Rabbit Run, in which Harry “Rabbit” Angstrom watches the “The Mickey Mouse Club,” which comes across as a way of assuring us that this is, indeed, a quintessentially American novel. But Harry could never connect with the Mouseketeers the way we did. Harry was spoiled goods; he wasn’t one of us. Harry, in that and subsequent novels (OK, so I really only made it through Rabbit Redux before I gave up on him), was always too old for the cultural passages he was experiencing. Yet he plunged through them anyway, which for me imbued him with a certain falseness.

How did we get on Updike? Oh, yeah, Annette…

The Mouseketeers, Elvis, Mickey Mantle and Andy Devine were my first celebrities. It was years and years before I learned from Dumas there had been something in history called a musketeer, which at first looked to me like a misspelling.

Annette! If only once more we could see her standing by Jimmie as he led us through:

… and know, with a child’s certainty, that yes, we would see them next week, and that they did indeed like us as much as we liked them… 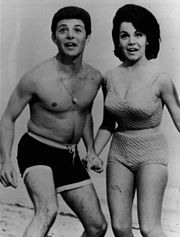 4 thoughts on “The overshadowed passing of Annette”