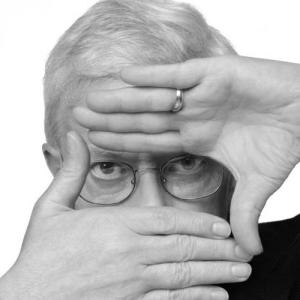 This from his paper, the Chicago Sun-Times, a few minutes ago:

For a film with a daring director, a talented cast, a captivating plot or, ideally, all three, there could be no better advocate than Roger Ebert, who passionately celebrated and promoted excellence in film while deflating the awful, the derivative, or the merely mediocre with an observant eye, a sharp wit and a depth of knowledge that delighted his millions of readers and viewers.

“No good film is too long,” he once wrote, a sentiment he felt strongly enough about to have engraved on pens. “No bad movie is short enough.”

Ebert, 70, who reviewed movies for the Chicago Sun-Times for 46 years and on TV for 31 years, and who was without question the nation’s most prominent and influential film critic, died Thursday in Chicago. He had been in poor health over the past decade, battling cancers of the thyroid and salivary gland.

He
lost part of his lower jaw in 2006, and with it the ability to speak or eat, a calamity that would have driven other men from the public eye. But Ebert refused to hide, instead forging what became a new chapter in his career, an extraordinary chronicle of his devastating illness that won him a new generation of admirers. “No point in denying it,” he wrote, analyzing his medical struggles with characteristic courage, candor and wit, a view that was never tinged with bitterness or self-pity…

Ebert had announced a few days ago on his blog that cancer had struck again, and that he would be taking a “leave of presence,” dialing back his own involvement and running mostly reviews from others on his website. “I am not going away,” he said.

If only he could have kept his promise.

I had come to appreciate Ebert more than ever in recent years, as I embraced social media. He was an avid practitioner, Tweeting all hours of the day and night on all topics, using the new medium to make up for his inability to speak. I thought it great that he could do that, and not be cut off from the world.

But now he has been cut off from it. That’s sad news, and I thought I’d share it.

4 thoughts on “The passing of Roger Ebert, a great movie critic”