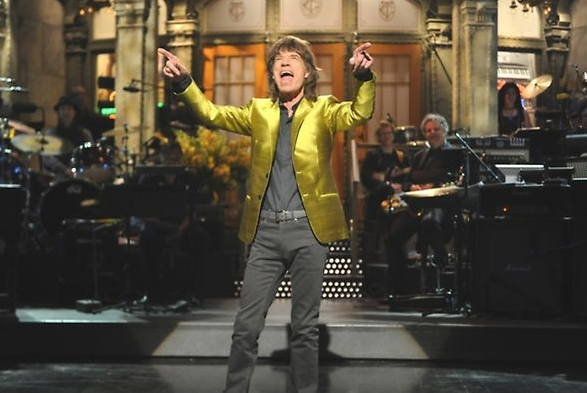 You younger folks will just have to bear with me for a few minutes. I’m a boomer, and to me this is a burning issue.

The news that the Rolling Stones are launching a new tour causes me to think again about something that’s been preying on my mind since last year.

Remember when Mick Jagger hosted “Saturday Night Live,” almost a year ago? Remember how awesome the two live sets he did were? He didn’t even have the Stones behind him — his accompanists were Foo Fighters on “19th Nervous Breakdown,” and Arcade Fire on the “The Last Time.” (I’d provide video, but for some reason — probably a complex set of reasons actually, having to do with multiple intellectual property issues — I can’t find any such clips.)

It was amazing. There he was, 69 years old and wrinkled as a prune, and he hadn’t lost a step. He could have done “Wild Horses” or “Angie,” but instead he went with high-energy songs from when he was a kid, and he was as good as ever. If anything, he was far more into the songs than he was in his 20s, when his stage presence was more on the cool side.

I know what you’re thinking — it’s drugs. Drugs that only a Rolling Stone can afford. Well, whatever it was, it was amazing.

And if it was drugs, then for some reason Paul McCartney doesn’t have access to them. Have you seen him the last couple of times he’s been on SNL? It’s really sad. The poor guy can’t sing anymore, which is tough to see. I mean, I’m rooting for him the whole time, because I know that no one loved being a Beatle more than he did, and he apparently wants so badly to have the same magic he had then, but he doesn’t. (He still had it when he performed here at Williams-Brice Stadium, and I’m glad I was there. But he doesn’t have it anymore.) 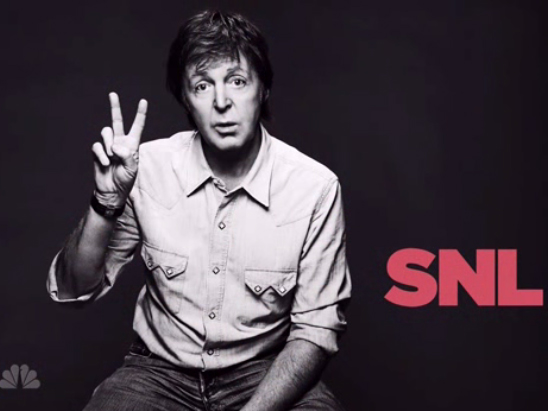 17 thoughts on “Why can Jagger still do it, but McCartney can’t?”