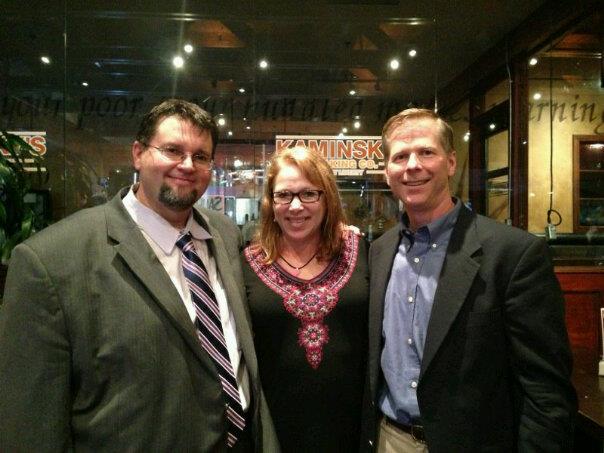 This is the third and final installment of Clare Morris’ report on her brief stint working on the Mark Sanford campaign in the 1st Congressional District special election. Here are links to Part I and Part II:

My friend Lauren FitzHugh and I headed over to the victory party HQ at Liberty Tap in Mount Pleasant late that afternoon in case we could help Joel Sawyer with any reporter logistics.

I texted someone to ask whether he was going to the victory party and he asked me whether I was predicting a win. Lauren answered for me saying, you don’t call it a “Whatever Party.”

The folks from a Charleston TV station overheard someone say that I had gone to college with Mark and wanted to interview me about that.

Of course, that’s not what it was about. It went a little like this:

Interviewer: “So, I understand that you went to college with Mark Sanford?”

Interviewer: “So, we’ve had the Appalachian Trail debacle, followed by the numerous ethics violations, and now these new trespassing allegations by his ex-wife. How do you think he’s handled those things?”

Me: (Brief Startled Look) “Well, I think that we all have had the experience in our lives of hurting the people we love. However, for the rest of us, those transgressions were not played out on the national stage.”

Interviewer: “So, do you think the voters will forgive him?”

Me: (Ready for a Glass of Wine) “I don’t think this election is about forgiveness. I think it’s about who is the most capable of doing the job. Mark’s experience is what voters should weigh in for this special election.”

It was mercifully over then.

As it got closer and closer to the polls closing at 7, there was heightened energy in the room. More and more former Sanford staffers started pouring in, and it turned into a fun, light-hearted reunion of sorts.

Daniel Layfield was there. He’s a successful lawyer now at an international law firm in Charleston, but was Scott English’s intern back in the day.

I also got to catch-up with my buddy Scott and with Keith Munson – a prominent attorney in Greenville. (See pic above).

Scott English, who is now the chief of staff for State Education Superintendent Mick Zais, and I go way back to the mid-‘90s, when I was Mark’s press secretary in Washington and Scott was a legislative assistant and, later, the legislative director. Scott then became Mark’s LD and then chief of staff when he was governor. We enjoyed working together so much in DC that another staffer once complained to Mark that we created an “Animal House” type atmosphere in the office.

Will Folks rolled in in a suit and set up his laptop outside on the porch to file his story on the election results for his blog, FitsNews. As most people know, Will was Mark’s press secretary back in the day. Just as recently as March, The Washington Post declared FitsNews one of the most influential state political blogs in the country. 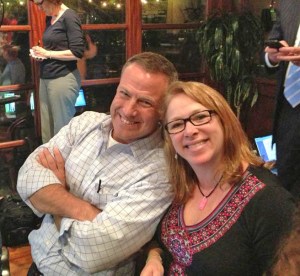 Another old friend I was very excited about seeing was former SC Secretary of Commerce Bob Faith (at right). Bob and I worked together during Mark’s first term. We actually went to China and Japan ten years ago for an investment mission (see pic below from Shanghai). He continues to rock it with his super-successful real estate company, Greystar, www.greystar.com.

When the polls closed, we were all eagerly checking the SC State Election Commission website in case we could see any early results. We couldn’t, and kept trying as the night went on. Then the early numbers started trickling in, and Mark’s opponent was winning in Charleston County. The poll numbers had been so tight leading up to the election, we weren’t really shocked, but were certainly a little disappointed and apprehensive.

It seemed like forever until the results showed an advantage for Mark. (It probably wasn’t that long, but it sure felt like it at the time).

I was so busy catching up with old friends and colleagues that the time really slipped by and suddenly, such press outlets as Politico and The Washington Post were declaring Mark the winner.

The stage was flooded with Mark and his family and long-time supporters. His sweet Mom, Peg, was looking on with such pride and so was his fun sister, Sarah. Also, I saw his oldest son, Marshall, who made a special trip home from UVA to be with his Dad on election night.

Lauren and I realized at the same time that María Belén Chapur was on the stage behind Mark. (I’d learned recently that she actually doesn’t go by María, but by her middle name, which is Belén).

Anyway, her presence at the victory party caused a lot of excitement in the crowd.

Will described her as one of the “Winners” in that special election in his May 8th blog:

After Mark gave his victory speech, Belén unobtrusively slipped off the stage and walked to a less crowded and quieter part of the restaurant. Lauren and I made it our business to try to meet her without being “stalker-ish”.

Well, we caught up with her and introduced ourselves in our own perky kind of way. The thing that struck me the most, aside from Belén’s drop-dead gorgeousness, was how incredibly warm she is. I put out my hand to shake hers and she leaned in and took it in both her hands. She smiled and nodded as Lauren and I were talking to her. The acoustics in there were pretty bad, so I’m sure that she had a little trouble understanding us. The other thing that was really apparent to me about Belén was a sense of serenity and stillness. She seemed like the type of kind friend you would seek out for comfort at the end of a really long and bad day.

This totally gross guy interrupted us, so our visit was unexpectedly cut short. Belén told Mark later that we all had met and that she was afraid that we thought she was rude. He called to tell me that, and I assured him that it was the exact opposite – we were totally charmed by her. 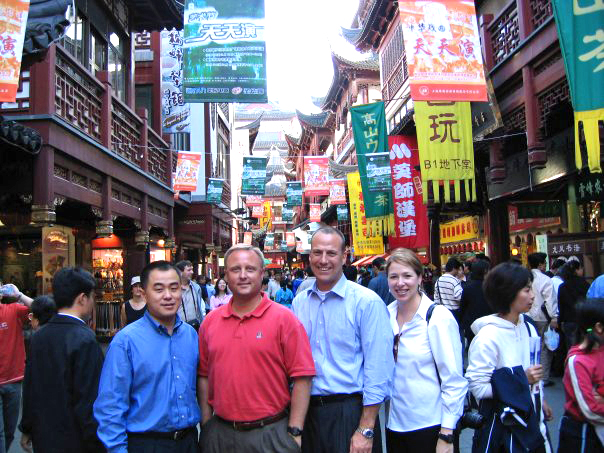 Ms. Clare Folio Morris is the CEO of the Clare Morris Agency, Inc. (CMA). In 2006, Clare was thrilled to launch her own public relations agency with several colleagues from the SC Department of Commerce. CMA, which recently celebrated its 7th birthday, specializes in helping organizations that are working to make the state more globally competitive.

Ms. Morris is the proud Mom of Roe (23) – a 2011 Furman graduate who works in international finance in New York City and Andrew (20) – an ethical computer hacker in Reston, VA.

She was recently chosen as one of five 2013 Women of Influence by the Greater Columbia Business Monthly.

You can reach her at clare@claremorrisagency.com.

3 thoughts on “An insider’s perspective on the Sanford campaign, Part III”