David Brooks’ Monday column in The New York Times (which The State ran today) is the best column of any kind, by anyone, that I have read in years. (People whose thoughtfulness I respect keep bringing it to my attention, and I say, yes, thanks; I saw it — and intend to say something about it.)

Basically, you need to go read the whole thing. And then read it again. I can’t quote everything in it that is awesome without stomping all over the Fair Use standard, but let me describe briefly what the piece does.

It explains exactly what is wrong with Edward Snowden and what he did. Brooks accomplishes this in spite of the fact that we lack the common vocabulary in this country to express such things in a manner that everyone can understand. People who sort of get that what Snowden did is wrong, and that his actions reflect something fundamentally wrong with Snowden himself, don’t know how to explain that wrongness. So they either clam up, ceding the floor to the more simple-minded cheerleaders for Snowden’s brand of “transparency,” or they use a word that gets them dismissed, as John Boehner did when he resorted to “traitor.”

In explaining what is wrong with Snowden, Brooks explained something fundamentally wrong with our society and our politics today — something that is eating away at our ability to be a society governed by representative democracy, because it’s eating away at basic civil. social assumptions that make it possible for free people to live together.

The piece is headlined “The Solitary Leaker.” An excerpt:

Though thoughtful, morally engaged and deeply committed to his beliefs, he appears to be a product of one of the more unfortunate trends of the age: the atomization of society, the loosening of social bonds, the apparently growing share of young men in their 20s who are living technological existences in the fuzzy land between their childhood institutions and adult family commitments. 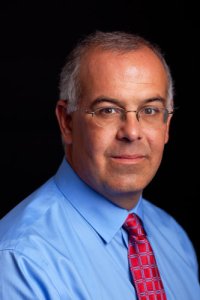 If you live a life unshaped by the mediating institutions of civil society, perhaps it makes sense to see the world a certain way: Life is not embedded in a series of gently gradated authoritative structures: family, neighborhood, religious group, state, nation and world. Instead, it’s just the solitary naked individual and the gigantic and menacing state.

This lens makes you more likely to share the distinct strands of libertarianism that are blossoming in this fragmenting age: the deep suspicion of authority, the strong belief that hierarchies and organizations are suspect, the fervent devotion to transparency, the assumption that individual preference should be supreme. You’re more likely to donate to the Ron Paul for president campaign, as Snowden did….

After acknowledging that the procedures Snowden has revealed (or rather, revealed in greater detail than what we knew previously) could be abused at some future time, Brooks continues:

But Big Brother is not the only danger facing the country. Another is the rising tide of distrust, the corrosive spread of cynicism, the fraying of the social fabric and the rise of people who are so individualistic in their outlook that they have no real understanding of how to knit others together and look after the common good.

This is not a danger Snowden is addressing. In fact, he is making everything worse.

For society to function well, there have to be basic levels of trust and cooperation, a respect for institutions and deference to common procedures. By deciding to unilaterally leak secret N.S.A. documents, Snowden has betrayed all of these things…

OK, that’s as much as I dare quote. But Brooks goes on to catalog the various personal, social and institutional betrayals of Edward Snowden, and the ways that such betrayals unravel the social fabric that allows a healthy civilization to exist.

It is a very, very good piece. Please go read the whole thing.