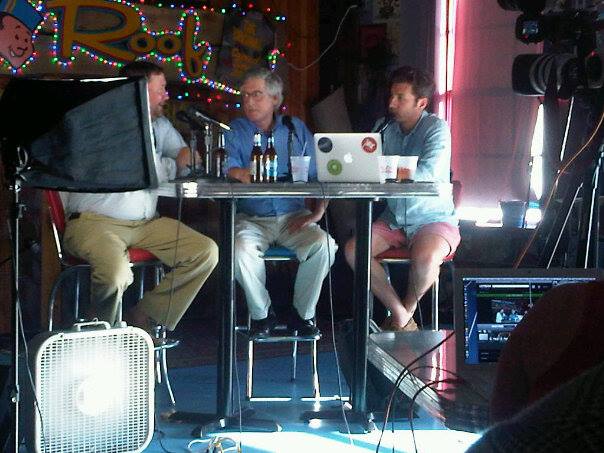 Phil, me and Wesley — closing out the final show.

And that was fitting, since it was my ninth appearance on the show, and no one else has even come close to that record. For those of you struggling with the math, that’s almost twice the standard for SNL’s Five-Timers Club.

The show isn’t yet available for watching online, but I’ll give you a heads-up when it’s up.

The first guest was Matt Moore, the new chairman of the SC Republican Party. He was followed by Joel Sawyer (sometime host of the show) and Amanda Alpert Loveday, executive director of the SC Democratic Party.

At the very end, Wesley asked me whether I had any final words with which to close the show. I told him that I wanted to thank him and his Democratic opposite number (Wesley Donehue does work for the Senate Republicans, Phil Bailey for the Senate Democrats) for providing a forum in which people from the two camps can sit down, have a beer, and discuss politics in a lively, frank manner with (relative) civility. It may not sound like much, but there aren’t that many such forums these days.

2 thoughts on “I help shut down Pub Politics”