Not only is Wesley Donehue shutting down Pub Politics, he’s giving up his paying gig over at the State House: 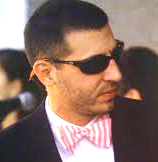 Happy Friday – Effective June 30th, I will no longer be the spokesman for the SC Senate Republican Caucus.  Please send all press inquires to Mark Harmon, caucus executive director.
I’m leaving to concentrate 100% of my time on Internet politics as my company, Push Digital, grows into one of the nation’s most prominent Republican digital and technology agencies….
Wesley

I wish him all the best as he grows his business. I don’t necessarily wish all of his candidates the best, but I hope things go well for Wesley. (Which just drives Doug crazy, I know — sorry.)