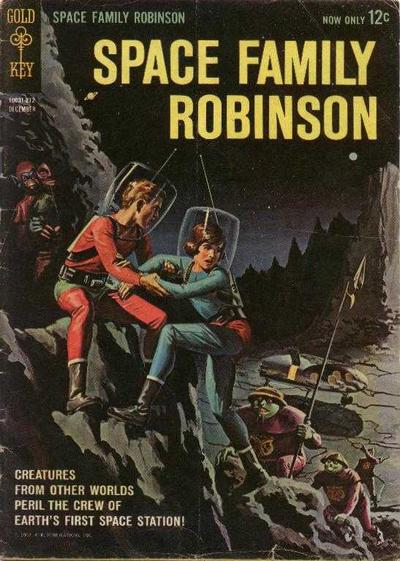 Over the weekend, I denied being a “geek,” at least according to the parameters that Amazon set out.

However, I admitted that I may be such a geek that normal geek-dar doesn’t pick me up on the screen, in that my enthusiasms are slightly more esoteric. 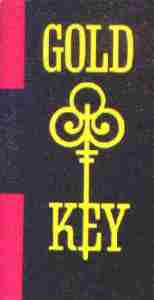 For instance, I denied being a Trekkie, and that was true. But I was into the even lower-quality “Lost in Space.” I thought it great that TV had turned a comic book I was into — “Space Family Robinson” — into a prime-time show.

Anybody remember that? It was published by Gold Key Comics. For that matter, anyone remember Gold Key comics?

I was originally attracted to the comics by the obvious play on “Swiss Family Robinson,” a movie I had enjoyed (I never read the book). I haven’t touched a copy in nearly 50 years (I wasn’t foresighted enough to keep them until they grew in market value), but I still remember one edition causing me to think about how immense space was. There was a story in which the Robinsons received a signal from about 20,000 miles away, and one of the kids said, “That’s practically right next door!” Which is really trite, except to a kid.

Of course, no one has ever evoked the vastness of space as well as Douglas Adams:

Space is big. You just won’t believe how vastly, hugely, mind- bogglingly big it is. I mean, you may think it’s a long way down the road to the chemist’s, but that’s just peanuts to space…

As someone at the BBC wrote, that should be in every science textbook.

11 thoughts on “Anyone remember Space Family Robinson? I do…”