POTUS delivered an impressive speech in the Rose Garden today, strongly and ably making the case for why we need to act in Syria, then noting that he is fully empowered to act without anyone’s permission… and then saying he won’t decide, but will leave it to Congress.

You know, the body that can’t pass a budget. The gang that can’t raise the debt limit to keep the government functioning without a major, credit-rating-damaging meltdown. That’s who he’s asking to decide.

First, let’s quote some of the stronger passages in which the president makes the case for action:

This attack is an assault on human dignity. It also presents a serious danger to our national security. It risks making a mockery of the global prohibition on the use of chemical weapons. It endangers our friends and our partners along Syria’s borders, including Israel, Jordan, Turkey, Lebanon and Iraq. It could lead to escalating use of chemical weapons, or their proliferation to terrorist groups who would do our people harm.

In a world with many dangers, this menace must be confronted.

Now, after careful deliberation, I have decided that the United States should take military action against Syrian regime targets…

I’m prepared to give that order…

I’m confident in the case our government has made without waiting for U.N. inspectors. I’m comfortable going forward without the approval of a United Nations Security Council that, so far, has been completely paralyzed and unwilling to hold Assad accountable….

What message will we send if a dictator can gas hundreds of children to death in plain sight and pay no price? What’s the purpose of the international system that we’ve built if a prohibition on the use of chemical weapons that has been agreed to by the governments of 98 percent of the world’s people and approved overwhelmingly by the Congress of the United States is not enforced?

Make no mistake — this has implications beyond chemical warfare. If we won’t enforce accountability in the face of this heinous act, what does it say about our resolve to stand up to others who flout fundamental international rules? To governments who would choose to build nuclear arms? To terrorist who would spread biological weapons? To armies who carry out genocide?

We cannot raise our children in a world where we will not follow through on the things we say, the accords we sign, the values that define us….

I will also deliver this message to the world. While the U.N. investigation has some time to report on its findings, we will insist that an atrocity committed with chemical weapons is not simply investigated, it must be confronted….

I don’t expect every nation to agree with the decision we have made. Privately we’ve heard many expressions of support from our friends. But I will ask those who care about the writ of the international community to stand publicly behind our action….

But we are the United States of America, and we cannot and must not turn a blind eye to what happened in Damascus. Out of the ashes of world war, we built an international order and enforced the rules that gave it meaning. And we did so because we believe that the rights of individuals to live in peace and dignity depends on the responsibilities of nations. We aren’t perfect, but this nation more than any other has been willing to meet those responsibilities…

Ultimately, this is not about who occupies this office at any given time; it’s about who we are as a country…. and now is the time to show the world that America keeps our commitments. We do what we say. And we lead with the belief that right makes might — not the other way around.

We all know there are no easy options. But I wasn’t elected to avoid hard decisions….

I’m ready to act in the face of this outrage….

If the world were a debating society, this wouldn’t matter. Act today, next month, next year, it would all be the same. The important thing would be to let everyone fully have their say, and make sure everybody feels great about the ultimate decision (which ain’t gonna happen, but that seems to be the idea here).

But in the real world, it may already be too late to act with any effectiveness, in terms of degrading Assad’s air assets, or ability to launch future chemical attacks on his people — or having any other effect that would actually be helpful.

As the president says, “The Chairman of the Joint Chiefs has informed me that we are prepared to strike whenever we choose.” So, if we’re going to do so, the time to do it is now. Or rather, yesterday. Or several months ago, when the president’s red line had already been crossed, and those 1,429 people were still alive, when those 400 children still had futures.

In short, I am most disappointed in the president’s abdication of responsibility — especially after he so ably made the case for immediate action. 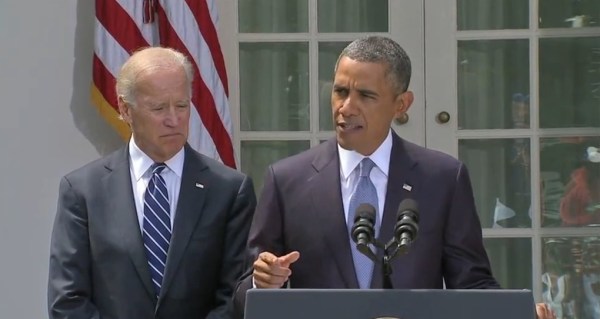